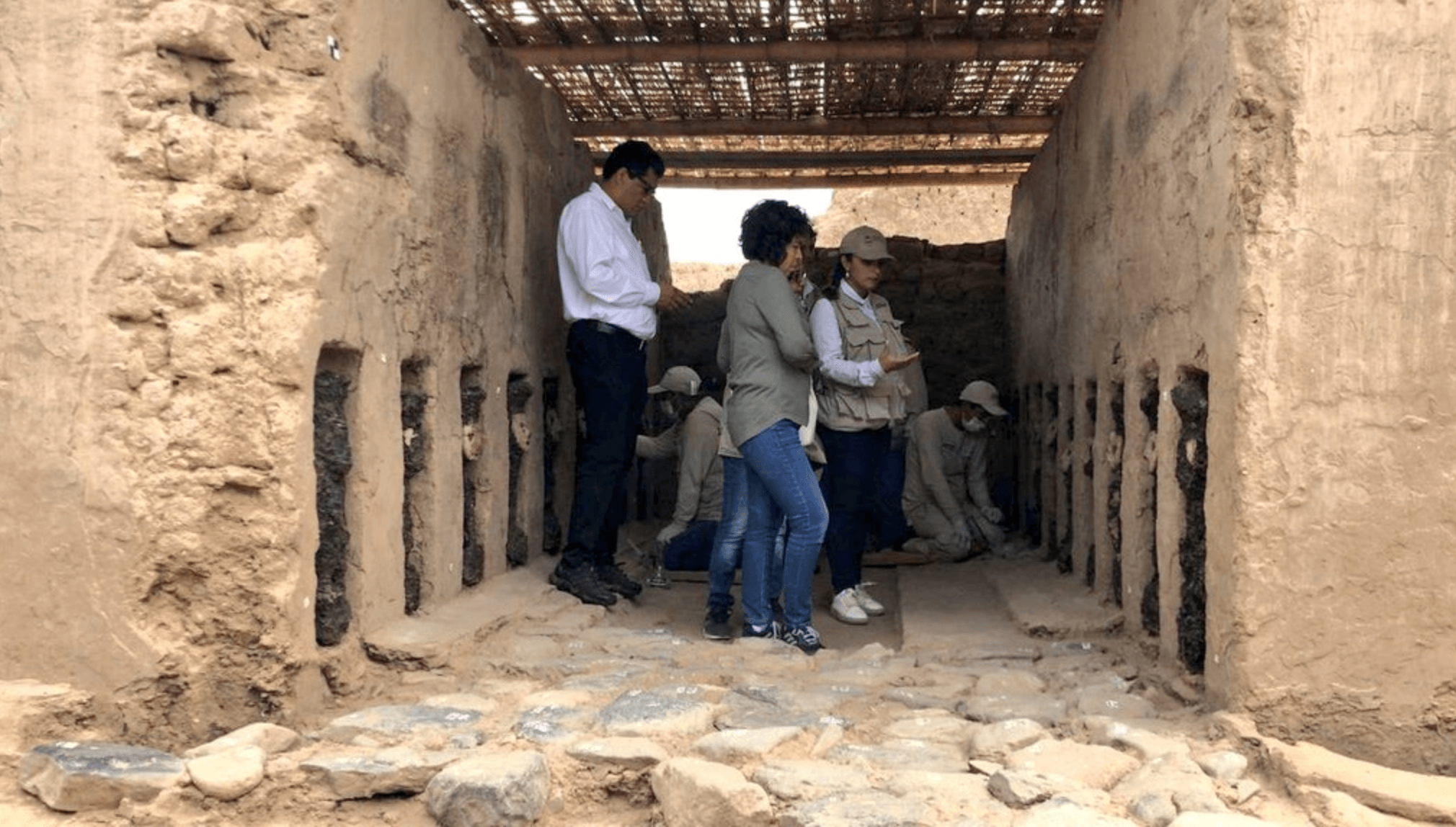 Archaeologists discovered 19 different statues at Peru’s Chan Chan Ruins, the largest pre-Columbian era dig site in the Americas. Each of the statues is expected to be more than 750 years old, according to the Ministry of Culture.

The statues came from the Chimu Kingdom, which preceded the Incan Empire.

The 19 stone structures each measure about 27.5 inches (or 70 centimeters) when they were found at the Utz An, the palace of the Chimu Kingdom.

The discovered statues have different masks adorning them on the front and a shield-like circular object on their backs. Some even have swords in their hands.

Archaeologists who took part in the dig said they could be the oldest known structures at the Chan Chan Ruins.

Culture Minister Patricia Balbuena Tweeted out a message on Monday confirming the findings.

“Happy with my visit to my home city of Trujillo to make official the new findings in Chan Chan and reveal information on the ‘Altura para la Cultura’ project that looks to recover goods that are part of our cultural heritage,” Balbuena said Monday. “Thankful for the recognition from the Trujillo municipality.”

All but one of the 19 statutes were said to be found in good condition, according to the Culture Ministry.

In 1986, the Chan Chan Ruins were designated as a world heritage site by UNESCO. A restoration project on the walls of the ruins began last year and was expected then to take up to 30 months to complete as

The Chimu culture was around from 900 to 1450 AD and was located in Peru’s northern coast.