Fujimori to go to court in forced sterilisation case 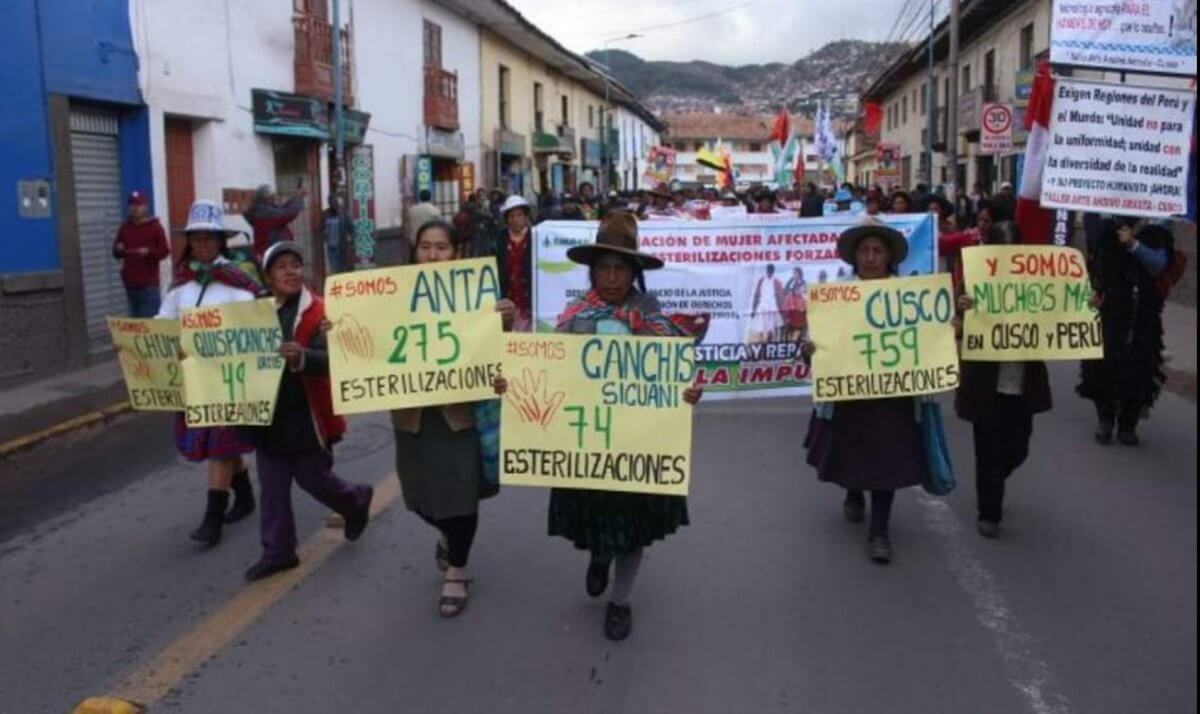 Lawyer Marcelita Gutiérrez Vallejos has filed a lawsuit against ex-President Alberto Fujimori, as well as ex-officials of his administration, for their leading role in the forced sterilisations carried out between 1990 and 2000.

El Comercio reported that former Health Ministers Eduardo Yong Motta, Marino Costa Bauer, Alejandro Aguinaga and the ex-consultant for MINSA, Ulises Jorge Aguilar, are also implicated in the case, accused of crimes against life, body and health, as well as a “grave violation of human rights.”

The sterilisations were carried out principally in rural areas as part of Fujimori’s family planning programme, but many of these were not consentual or adequately informed. Evidence from international investigations states that minimum quotas for sterilisations were put in place which encouraged health officials to force the procedure upon individuals.

During the 90s, nearly 300,000 women were sterilised as part of this programme, but the case formally accuses Fujimori of the forced sterilisation of just 2,164 women. He is also accused of the crime of grave injuries which resulted in the death of five women; Mamérita Mestanza, Alejandra Aguirre, Reynalda Betalleluz, María Espinoza and Celia Ramos.

“It was a great programme that unfortunately was neglected,” he told La Republica. “It reduced maternal deaths by 40 percent. It travelled to vulnerable populations, just has had been requested in the meetings of Population and Development in Cairo and Beijing, so that the population can decide when and how many children they want to have.”

However, groups such as feminist NGO DEMUS and the Quipu Project, an interactive documentary allowing sterilised women to tell their stories, have been fighting for justice and reparation for these women for decades.

READ MORE: Will victims of Peru’s forced sterilisations ever get justice?

Lawyer Marco Guzmán Baca was assigned the case initially, but he was unable to find evidence of who organised the events, despite recognising that responsibility lay with the Health Ministry. Senior Prosecutor Luis Landa then gave the case to Gutiérrez, but she did the same as Guzmán. In April, however, Landa reopened the case and demanded that Fujimori be taken to court for his actions, and six months later Gutiérrez formalised the criminal charges against the ex-president.

However, DEMUS lawyer María Ysabel Cedano told La Republica that despite Gutiérrez formalising the case, there will still be a long wait before it begins. She explained that first the criminal court would have to review it to ensure its lawfulness before the judicial investigation begins.

“Then the Public Ministry will formulate an accusation so that the judicial authorities bring the case to trial,” she explained. “We will be prepared in case they discriminate or revictimise those affected. We hope that the Ministry of Culture will provide the proper translators [many women speak only Quechua]. This stage shouldn’t last longer than a year.”

However, Juan José Quispe, lawyer for the Institute of Legal Defense, is less optimistic, and estimated it could take much longer.

“The pre-trial proceedings can take place but the public trial can’t start,” he said. “This case is going to be complicated due to the quantity of women affected, which is over 2,000. Being as it is such a complex case, I would calculate an average of three or four years until it starts.”

Alberto Fujimori is currently 80 years old and resides in a clinic in Lima under police custody for a 25-year sentence for 25 murders and two kidnappings. In December 2017, then-president Pedro Pablo Kuczynski awarded Fujimori a humanitarian pardon on account of his poor health, although this was overturned by Peru’s Supreme Court in October.

From today, I have asked Cesar Nakazaki to assume to role of my legal defense in the cases I have open against me. I thank his professional support in such a difficult moment for my family.

His daughter, Keiko Fujimori, was sentenced to 36 months of preventative prison at the beginning of this month for having allegedly accepted bribes from Brazilian firm Odebrecht during her 2011 presidential campaign.

Fujimori will also go to court on November 23 for the Pativilca case, in which he is the presumed mastermind who ordered the Grupo Colina to torture and murder six people in the rural district of Barranca in January 1992. In June of the same year, Grupo Colina also murdered six members of the Ventocilla family in Huacho, and Fujimori may go on trial for both crimes this month.