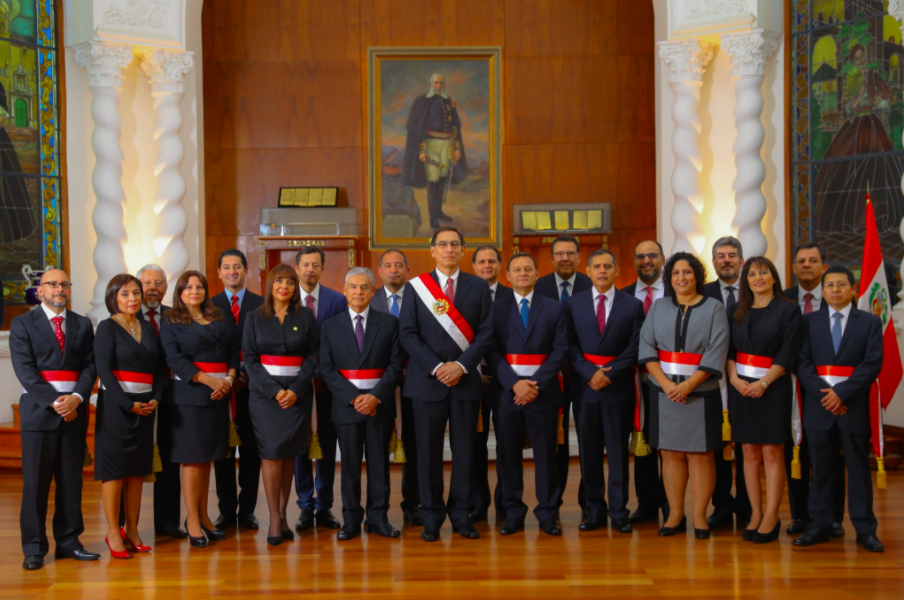 After promising a clean slate of cabinet members during his swearing-in ceremony, President Martín Vizcarra has delivered with an entirely new staff that highlights his stated plans to bridge gaps between the opposition parties and root out corruption.

Opposition-party lawmaker César Villanueva was named as prime minister, confirming reports that began coming out last week. The centrist congressman from the Alliance for Progress Party will begin his second stint in the position presiding over the cabinet after he served in the same role on Ollanta Humala’s staff. He is a former governor of the San Martín region in the Amazon.

Other notable appointments include Nestor Popolizio Bardales as the Foreign Affairs Minister, who moves one step up from his vice-minister spot, and Edmer Trujillo Mori, a minister under Pedro Pablo Kuczynski’s government, being named new Transport and Communications Minister.

“This is the team that will help me with the ultimate task of bringing development and well-being to Peruvians across the country,” Vizcarra said at the ceremony. “Team Peru. Peru first.”

Vizcarra’s government gets a quick welcome to the world stage in two weeks when it hosts the Summit of the Americas in Lima from April 13 to April 14.

Below is a complete list of the 19 heads of state that Vizcarra swore in during the Monday afternoon event at Peru’s Palace Courtyard, according to state-run news agency Andina: