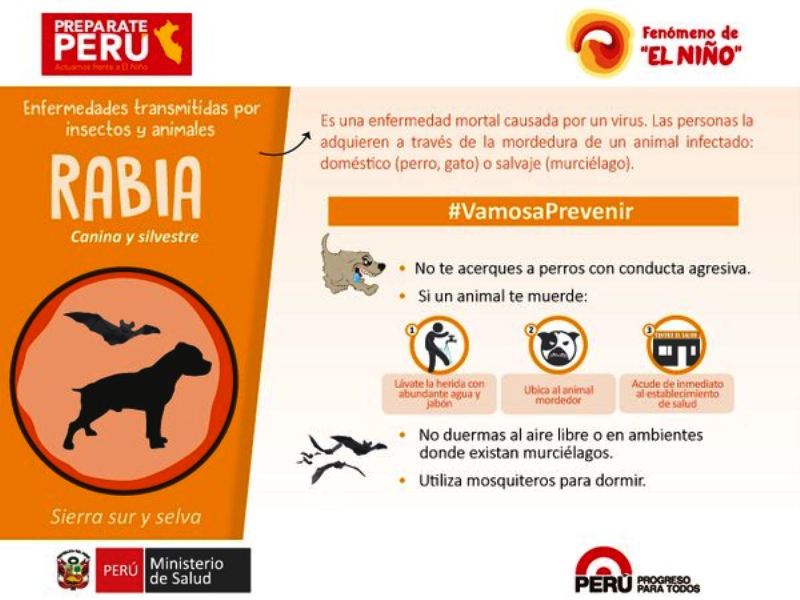 Peru’s health ministry has declared a health emergency in two isolated provinces of the Amazon jungle after reporting that rabid bats have killed 12 people since October.

Most of the 12 killed were children, according to the health ministry. Nine of them were indigenous members of the Achuar people from the Datem del Marañon province of Peru’s Loreto state, while three victims lived in the Oxapampa province, over 300 miles away in the central state of Pasco. Two adults remain in critical condition in Datem del Marañon.

The government declared a 90-day health emergency today in the Datem del Marañon and Oxapampa provinces. A $4 million aid package will pay for vaccinations for all of each province’s residents as well as 80% of the canine population.

Last night Velasquez traveled with a shipment of 20,000 rabies vaccines to Datem del Marañon to administer among the population. The health ministry will also deliver an awareness campaign to each region in order to alert the native communities which traditionally view bat bites as harmless.

A fatal disease in humans, surviving rabies once infected is rare. In 2004, a Milwaukee doctor Rodney Willoughby successfully treated a teenage patient who had not been vaccinated before the virus completed its incubation period.

The Milwaukee protocol, as his method became known, calls for the patient to be induced into a coma for up to a week to allow the immune system to attack the rabies virus without affecting the brain. However the protocol is not guaranteed to save the life of an infected patient, as it has failed in most attempts to replicate the treatment since 2004.

Last September an Arequipa doctor successfully administered the Milwaukee protocol with the Willoughby’s assistance on a pregnant woman who had been infected. Peru’s public healthcare system, EsSalud, has dispatched Dr. Miguel Barrera to Loreto in attempt to save the two infected patients and train the local doctors in the Milwaukee protocol.

What are the signs and symptoms of rabies? (CDC)