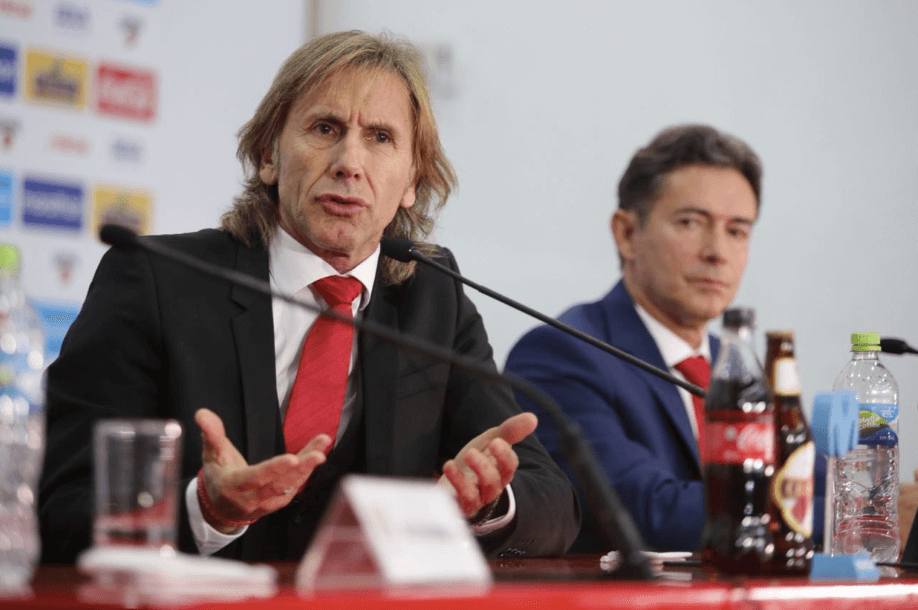 A recent poll showed that 98 percent of Peruvians wanted Ricardo Gareca to remain the manager of La Blanquirroja. On Wednesday, Gareca rewarded that resounding vote of confidence when he announced his decision to renew his contract and remain at the head of the Peruvian national team for three years with an option of a fourth depending on qualification for the 2022 World Cup in Qatar.

Gareca led Peru to its first World Cup in 36 years, though the selection made a disappointing exit in the group stage that it shared with eventual world champion France.

“We have a lot of important challenges coming up here in Peru,” Gareca said at the Wednesday press conference announcing his plans to stay. “But we understand that we all have to continue doing our job. The task is not complete yet.”

Over the past few weeks, there has been a lot of speculation surrounding Gareca’s future in Peru as questions circled around a possible partnership with Colombia’s coach José Pekerman in their native Argentina. More doubt was cast on Gareca’s plans as Peru Football Federation President Edwin Oviedo has been mixed up in the country’s judicial corruption scandal after he was heard on audio tapes with one of the involved judges.

The 60-year-old Argentine silenced all those worries, however, as he signed the extension Tuesday night and made it official with Wednesday’s presser.

“Our promise is with the country, for whom I only have words of thanks,” Gareca said. “The only thing that interests me is the Peruvian national team.”

Before the ultimately disappointing World Cup finish, Gareca led Peru to a 16-game unbeaten streak, which set a new record. Going forward, Gareca will have his first new challenge next year at the Copa America in Brazil where Peru will look to a younger generation of talent as veteran players like captain Paolo Guerrero continue to age.

“What we like, essentially, is the trustworthiness that the Peruvian player has,” he said. “We have to keep supporting the players and be convinced of the potential that exists in Peru.”