“You messed up in the World Cup”: Cueva’s uncomfortable fan encounter 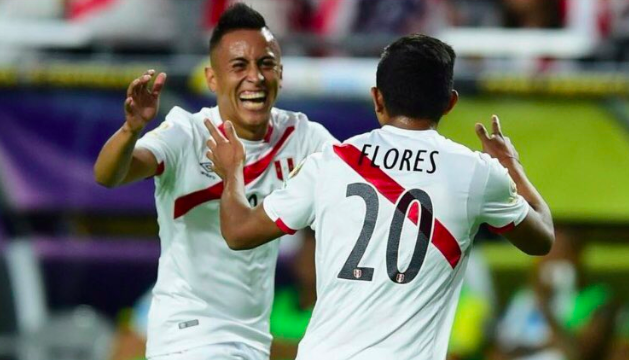 Fan and player interactions run the gamut from sweet and inspiring to very creepy and unfair. Unfortunately for Peruvian midfielder Christian Cueva, a Tuesday run-in with a fan turned sour after what looked like was going to be a nice gesture turned into an attack.

“This goes out to my brother Beto,” the fan begins innocently enough in the now-viral video he was recording as Cueva gives a thumb’s up. Things then take a very quick turn towards the awkward, as the fan continues: “I love you. I adore you. But you messed up in the World Cup. Really a total f*** up.”

The video is in uncensored Spanish below:

Cueva’s badly missed penalty kick in the first game against Denmark was the lowlight for La Blanquirroja in the 1-0 loss to start off its World Cup. With the way things turned out in the group, Peru would have advanced had it tied Denmark in the game where it arguably outplayed its Scandinavian counterparts.

The promising young midfielder will actually be going back to Russia, as he recently signed on to play for FC Krasnodar after a transfer from São Paulo for 8 million euros.

The video is generating a lot of attention on Peruvian social media as it touches on the obsessiveness of fans, especially during the World Cup. Peruvian sports journalist Horacio Zimmermann wrote on Twitter Tuesday: “The video in which Christian Cueva is being insulted by another Peruvian shows where we are as a country. As a country without education. Without respect.”

Cueva himself responded Tuesday afternoon to the uncomfortable exchange with the following written statement.

“Every one of us as national team players has given everything for our country, left our souls and lives on the pitch, in order to reach such a long-awaited classification after 36 long years and to be able to represent all of Peru with dedication and love.

“That’s why I feel profound sadness at the verbal aggression that I suffered from a person who, taking advantage of my confidence in fans and eagerness to be around them, blurted out unrepeatable words on a video recording. This act not only hurts my family’s dignity, but also the team and all of the Peruvians that have been together as one during this World Cup.

“I appreciate the expressions of solidarity towards me and my family. I urge you all to not let ourselves be damaged by these isolated words of hate that cause harm to the country.”

Teammates and Peruvian fans have also lent their support to Cueva. Fellow midfielder Edinson Flores said on Twitter: “Everyone deserves respect and no one deserves to be treated badly. We know that footballers are always exposed to critics, but there are moments where the lines are crossed and that should never be tolerated as a society.”

Anderson Santamaría kept his thoughts much briefer, writing: “There are some really repugnant people #RespectForCueva. Always with you (Cueva).”

The at-fault fan, who was quickly identified as chef Renzo Quiroz, according to Andina, released another video statement to apologize for his actions now that his video with Cueva has gone viral in Peru.