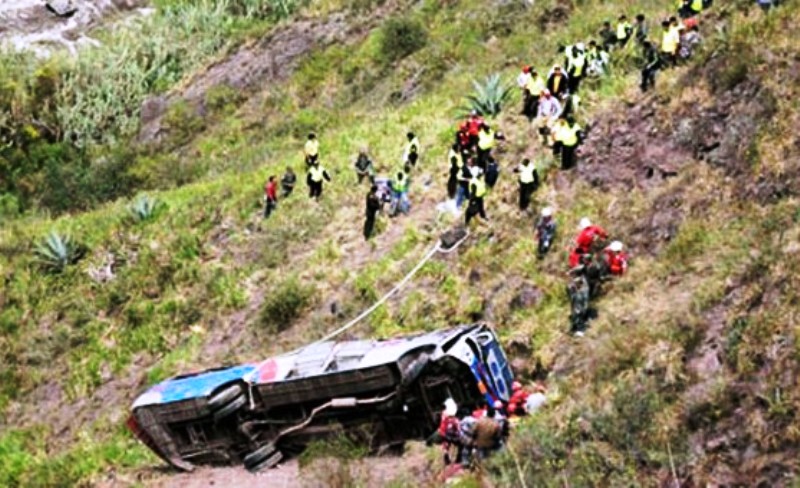 Ten people were killed when a bus fell into a ravine in Peru’s northern state of Ancash on Thursday.

The accident occurred late Wednesday night or early Thursday morning in the Pallasca province near the border between Ancash and La Libertad. The bus which was transferring 50 passengers from provincial capital Cabana to the Huandoval district fell over 600 feet into a ravine.

In addition to the 10 people killed which included two children aged three and 10 years old, 15 others were injured.

“[Rescue] brigades formed for El Niño have been activated and they are the ones who are working on the rescue,” a regional health director told Andina.

Survivors told Andina the tragedy was due to heavy rains and fog at the time of the accident.