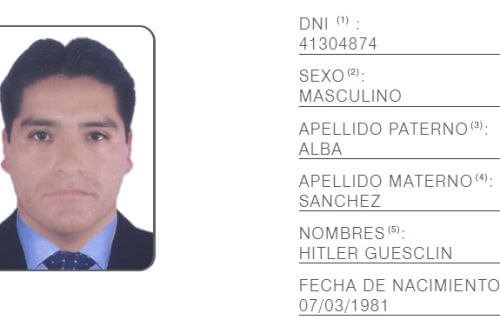 Hitler battled Lenin in Peru and it was “the good” Hitler who came out on top.

The fight for mayor in the district of Yúngar between two historical-named candidates was won Sunday by Hitler Guesclin Alba Sánchez, who campaigned on the slogan “I’m the good Hitler.” With 47.7% of the vote, he topped rival Lenin Vladimir Rodríguez Valverde in the district within the Ancash region, according to the state news service Andina.

“Maybe it’s a coincidence that my name is Hitler,” Alba told the news service Efe during the campaign. “The German was Adolf Hitler and the history that we know is of a bad person. Perhaps his ideology could be imposed in the wrong way.

“I really don’t have any objection to (the name) Hitler,” Alba added. “It’s like any other name. For me, it’s as if my name was Juan, Lucas or Sebastián.”

Though just 2,500 voters (of around 3,000 residents) turned out to the small town election, the campaign build up made international headlines for the strangely named contest between Hitler and Lenin.

This is the second time that Alba will be mayor of Yúngar, despite being just 37 years old. He previously served as mayor from 2011 to 2014.

He has told interviewers in the past that he believes his father did not know who the German dictator was when he named him.