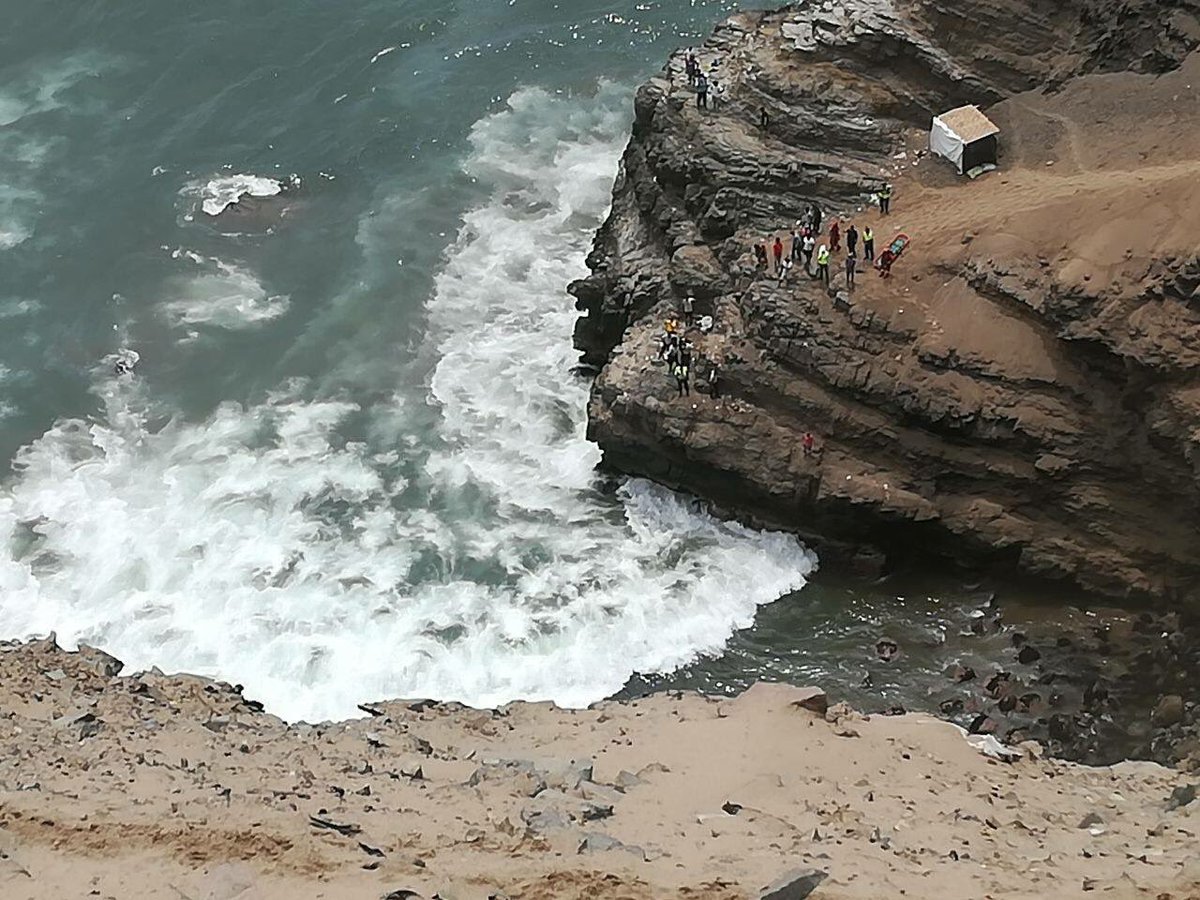 At least 48 people have died after a bus plunged 100 metres off a cliff and onto a beach in one of the worst road accidents Peru has seen in recent years.

The tragedy happened on a stretch of road known as Curva del Diablo – or Devil’s Curve – in Pasamayo, not too far north of Lima, on Tuesday.

Over 50 people were in the coach, which fell from the cliff after colliding with a lorry, according to reports by La República.

It was also reported that a passenger jumped out of the coach before it fell down a cliff.

Máximo Jiménez Vilcayaure, 24, made a quick escape out the window of the bus with just seconds to go before it dropped down the cliff face.

The newspaper said that emergency services had to suspend their services on Tuesday night due to the tide. 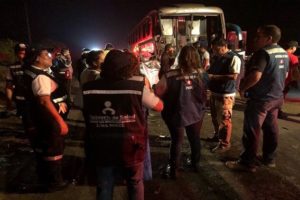 But on Wednesday, they battled on, continuing to pull bodies from the wreckage.

The road is notorious for accidents and is one of the most dangerous roads in Peru, with no barriers to stop cars going over the edge and into the ocean.

Footage has since emerged showing rescuers being lowered down the cliff with ropes. A Navy boat was also used to help rescuers.

Peru’s President Pedro Pablo Kuczynski said it was “painful for the whole country to suffer an accident of this magnitude”.

La República reported that there were six survivors as of Wednesday.

The bus, which belongs to the San Martín de Porres transport company, was travelling to Lima from Huacho, which is about 80 miles north of the capital.

The bus company have said that the driver was experienced, according to the BBC.

Peru is in tenth place in terms of countries with the most dangerous roads in the world, according to Bloomberg.