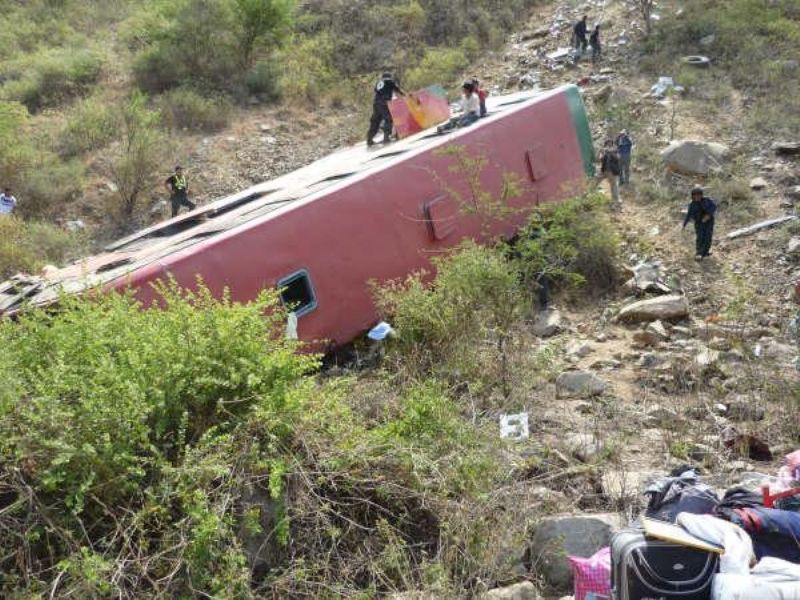 After having posted a marked increase from the first quarter of 2014, transit accidents in Peru caused 10 more deaths and left over 80 injured yesterday.

A bus fell from a rural highway near the border of Amazonas and San Martin departments, leaving at least five dead and 35 injured.

All three passengers died when their truck fell 500 feet from a road in Arequipa department.

Two accidents in Junin department left two dead and 17 injured. In the first accident, a small truck smashed a large truck head-on in San Miguel. The second accident occurred when a bus fell from a mountain highway, injuring 12.

In Ayacucho, 30 were injured in two different accidents.

Last Sunday marked the beginning of Holy Week, a popular time for traveling in Peru. Yesterday was Holy Thursday, when many take off work to begin their vacations. The domestic tourism season comes at a time when Peru is suffering torrential rains amplified by the El Niño climate phenomenon. The rains have caused landslides, flooding and dangerous roads which had killed 43 and injured 57 before yesterday’s accidents.