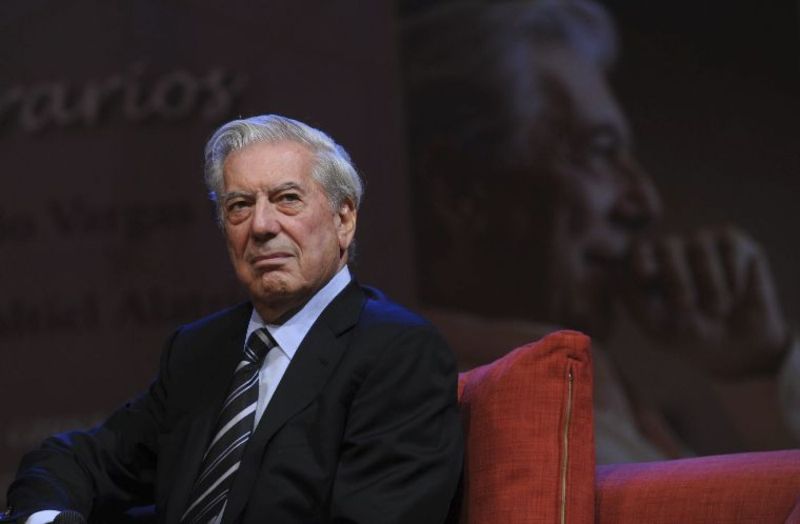 “Will the elections legitimize the dictatorship, or will they legitimize corruption? I hope that doesn’t happen,” Vargas Llosa said at an Inter American Press Association conference in the United States.

“There is a good percentage of Peruvians who seem to have forgotten that the [Alberto Fujimori] dictatorship was one of the bloodiest and most corrupt that we’ve ever had,” Vargas Llosa said. “And everything that’s coming out about corruption in Alan Garcia’s government is terrible.”

Leading presidential candidate Keiko Fujimori is the daughter of former President Alberto Fujimori, who dissolved congress and re-designed a friendly judiciary two years after taking office. Fujimori is in prison for embezzlement and murder.

Alan Garcia is currently under investigation for corruption relating to contracts allegedly awarded to Brazilian companies exposed in that country’s Lava Jato investigations of state oil firm Petrobras, as well as the “narco-pardons” scandal in which drug traffickers received commuted sentences or pardons in exchange for cash or services.

“If elections were tomorrow, I’d vote for Kuczynski,” Vargas said. “He is a respectful person. He was a good finance minister, a good Cabinet chief. He has a lot of experience both in the private sector and government … For me there is no doubt.”

“[Vargas Llosa] lives and sounds off from outside Peru,” said APRA general secretary Omar Quesada. “He shouldn’t make his prejudices known, or discredit political groups which have proposals.”

“[Vargas Llosa] is the reverse King Midas,” said APRA spokesman Mauricio Mulder. “He punishes those who he praises and helps those who he attacks.”

Popular Strength congresswoman Luisa Cuculiza said Vargas Llosa’s opinions have no effect on the public. “That man has disappointed many people. He has no credibility.”

However Vargas Llosa’s comments were applauded by Sergio Tejada, former Nationalist Party congressman who defected to the left-wing Dignity and Democracy party over President Ollanta Humala’s labor reform law. Tejada said that a run-off between Fujimori and Garcia would be “a big step back” for Peru.

While his endorsement was hailed as “unexpected,” it is not a complete surprise that Vargas Llosa would endorse Kuczynski. After briefly flirting with revolutionary communism in the 50s and 60s, Vargas Llosa has been a standard bearer for orthodox economics for decades. And with extensive experience with the World Bank and International Monetary Fund, Kuczynski is the candidate who embodies that philosophy.

Mario Vargas Llosa emerged in politics as a popular contender for President of Peru after a 1987 speech in which he vehemently opposed President Alan Garcia’s proposal to nationalize the country’s banks and financial industry at a time when the country suffered the highest hyperinflation in the world.

Vargas Llosa subsequently ran for President in 1990 and was defeated by Alberto Fujimori.