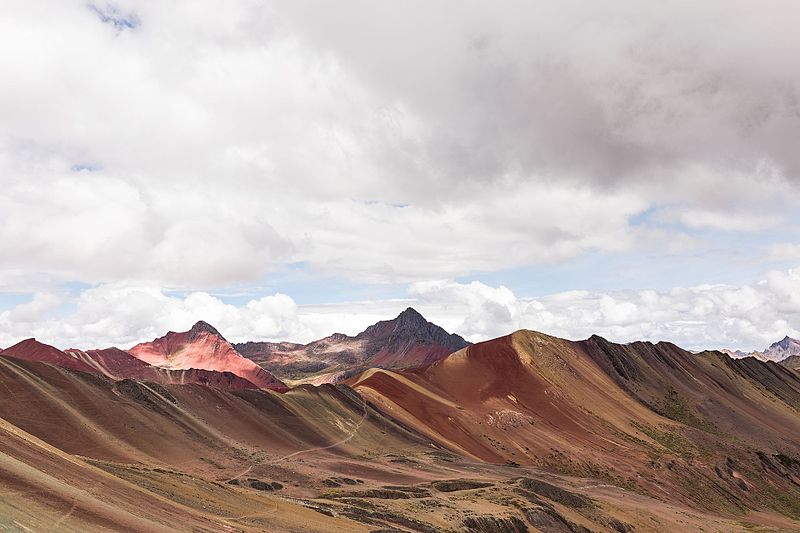 Peru’s rainbow-looking mountain Vinicunca has received a ton of good press in international media this year as tourists begin to see it as a world destination. Unfortunately, it’s now in the news for all the wrong reasons as an American-Korean hiker died of heart problems atop the site known in Spanish as the “Seven-Colored Mountain” on Monday.

According to a report from the state-run news site Andina, the 70-year-old man identified as Kenneth Kunki Row passed away on Vinicunca when he was visiting the now famous tourist destination with his son and their tour guide. He was loaded on to an ambulance where he was being treated by a doctor when Peru’s National Police arrived.

Police confirmed that Row was taken to a hospital in the district of Pitumarca where he passed away at 1:30 p.m. from apparent heart difficulties.

Row’s 36-year-old son told police that his father had undergone heart surgery two years ago. When making his way towards the top of Vinicunca – which has an elevation of 5,200 meters (or 17,000 feet) – the elder Row fainted and was attended by doctors who happened to be visiting the mountain.

The “Rainbow Mountain,” as its known locally, is located in Cusco and has become a top tourist attraction due to its vivid lines of colors that are seen on the mountaintop.