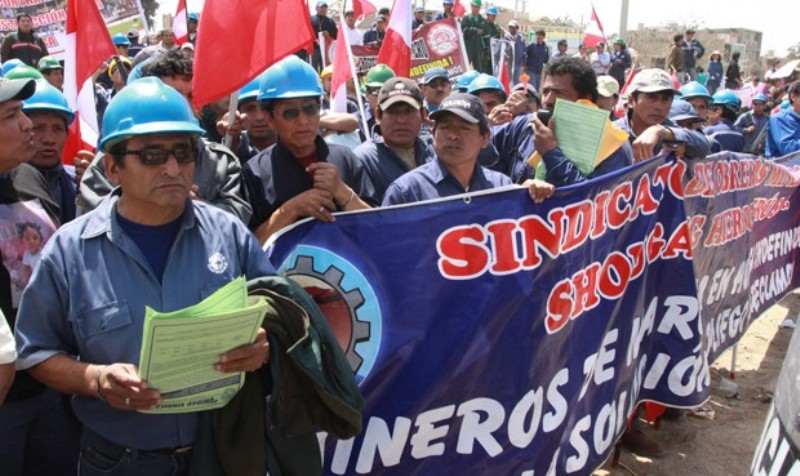 Mineworkers have announced an indefinite strike at the Marcona iron mine in the Ica state of southern Peru.

The strike which began at 8 a.m. yesterday morning has completely halted production at the Chinese Shougang Group’s Marcona iron mine, Peru’s only mine which produces iron ore.

“We have begun an indefinite strike because the Shougang company refuses to resolve our workers’ list of demands,” said union leader Julio Ortiz. “Shougang has the ability to resolve our claims, but they do not want to.”

Ortiz added that over 1,000 workers are observing the strike to demand a daily wage increase of $2.50. The company has offered $0.53. Workers currently earn $703 per month.

In May police killed one demonstrator in violent protests at the Marcona mine in the Nazca province of Ica, over 300 miles south of Lima.

Australian man jailed for death of girlfriend in Peru