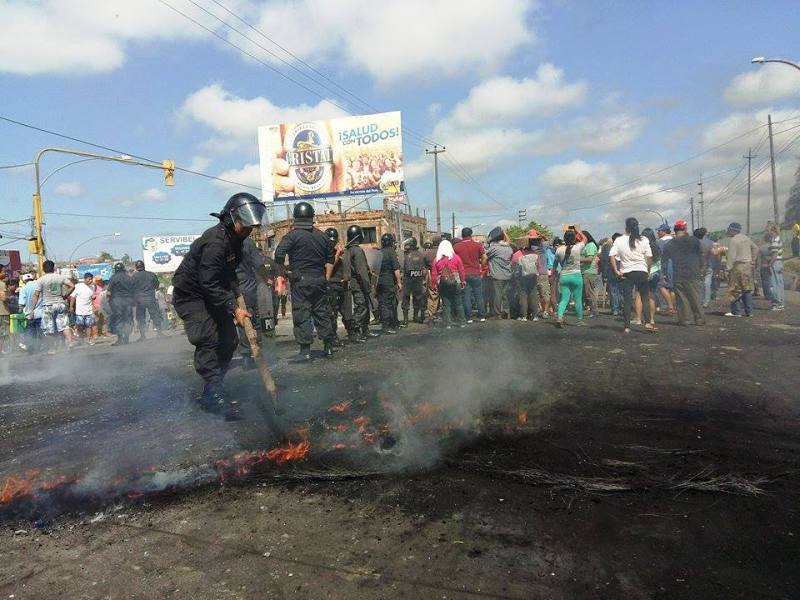 Local residents have occupied oil fields and an airfield in northern Peru’s Loreto state as the city of Iquitos starts a two-day protest over block 192.

Early yesterday morning a group of natives from the Corrientes river basin overran the oil installations and an airfield in oil block 8, which is operated by Argentine energy firm Pluspetrol in the Trompeteros district of Loreto.

Community leaders say they will not allow Pluspetrol to continue drilling while hundreds of residents in neighboring villages live in extreme poverty. The occupation currently occupies three bases and has stopped 11 oil wells in block 8, which produces 8,000 barrels per day.

The occupation comes just one day before a 48-hour strike in Iquitos to protest the licensing of block 192, Peru’s largest oil concession, to a private company. According to Peru’s national police chief, the indigenous leaders’ demands have nothing to do with block 192.

The strike in Iquitos started this morning as protesters set a car on fire in downtown Iquitos and blocked a key avenue. There were reports of looting and violence against businesses which did not support the strike.

Last week the city held protests supported by the state government to pressure congress to change legislation to allow Petroperu to operate block 192. The 48-hour strike was called after congress rejected those changes.