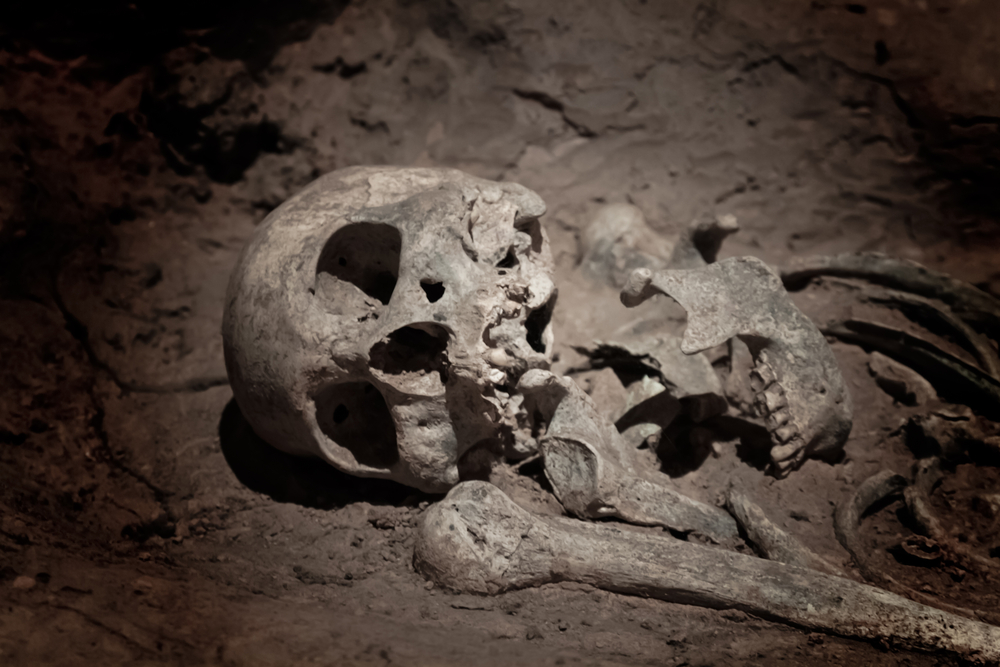 Archaeologists have dug up the remains of more than 140 children in what appears to be the burial site of a massive child sacrifice from five centuries ago.

According to an exclusive report from National Geographic, the grim discovery occurred in Peru’s northern coast in the one-time land of the Chimú people is believed to be the largest such sacrifice site discovered in the world. The Chimú was the second largest empire in pre-Columbian Peru next to the Incas, another ancient civilization noted for sacrificing children in ritualistic exercises.

The site of the large-scale sacrifice is known as Huanchaquito-Las Llamas and is located on a hill very close to the Pacific Ocean where other Chimú archaeological sites have been discovered. A team of researchers from Peru’s National University of Trujillo led by Gabriel Prieto also found evidence of more than 200 young llamas in the same burial grounds.

The children had their heads stained with a red cinnabar paint and showed signs of having their hearts ripped out due to their chests and ribs being cut open. In a previous dig in 2011, Prieto found 42 children sacrificially buried in the same area.

Though excavations stopped in 2016, tallies from all the evidence gathered may now show that it is the biggest child sacrifice in the Americas, and possibly the world. It is also believed that the large-scale sacrifice took place with one event due to footprints that have remained in the same layer of mud.

Researchers told National Geographic that the children ranged from five to 14 years old at the time they were killed.

Up to this point, the largest ritualistic sacrifice was found to happen in modern-day Mexico City, which was where the former Aztec capital was located.

The dig site was originally discovered when locals noticed bones starting to stick out of the ground due to erosion in nearby dunes.

The next step for researchers is to try and discover the reasoning for a unique sacrificial site that combined children with baby llamas. “When people hear about what happened and the scale of it, the first thing they always ask is why,” Prieto told National Geographic, which helped fund the archaeological dig with grants.