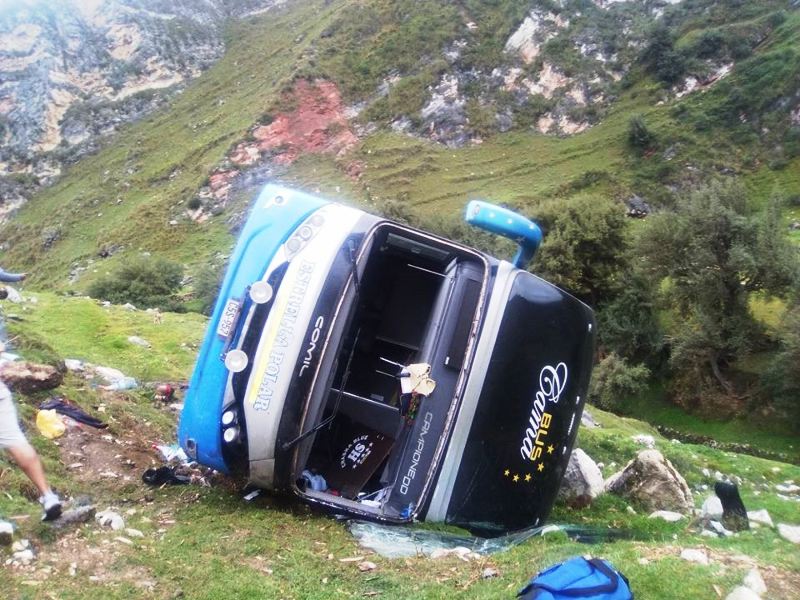 At least 24 passengers were killed when a passenger bus rolled over in Peru’s central state of Pasco early Saturday morning.

The passenger bus en route from Lima to Tingo Maria has just passed the city of Cerro de Pasco when it went off the road and rolled down a slope 65 feet. In addition to the 24 killed, at least 25 passengers were injured.

This particular stretch of the Longitudinal de la Sierra highway is known locally as “Devil’s curve.” At least 10 were killed in a similar accident on the same stretch of road in 2014.