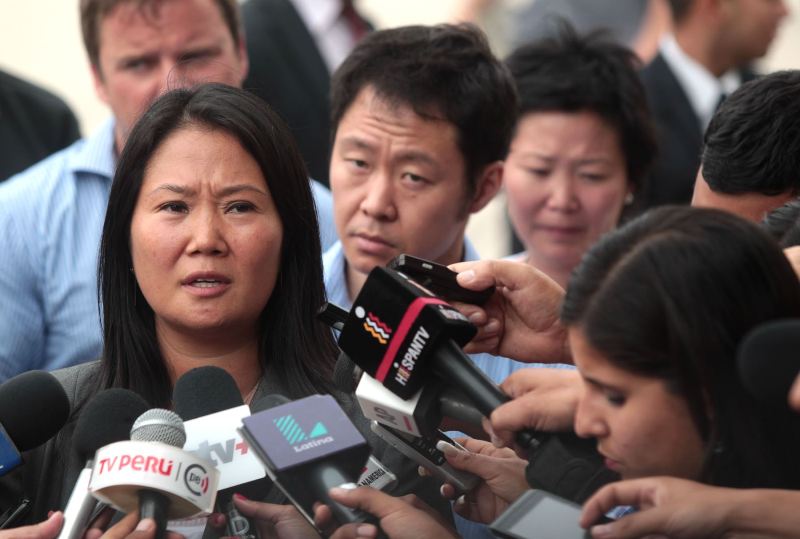 Presidential candidate Keiko Fujimori’s selection of her party’s congressional candidates threatens to alienate the base of her political support.

Analysts believe that, in order to win the presidency in 2016 elections, Keiko Fujimori will have to distance herself from the legacy of her father, former President Alberto Fujimori, who is currently serving 25 years in prison for corruption and summary executions.

Keiko Fujimori’s public thanking at last week’s CADE summit of veteran Fujimorista politicians who had defended her father “for more than 20 years … through thick and thin” were seen as a farewell before 2016 elections. Her current “evaluations” of incumbent Popular Strength congressmen, seen as the method in removing the old guard, are fueling a factional debate about the future of the party.

“If I am replaced by someone who has no history [in Fujimorista politics], I would feel hurt,” said Popular Strength congresswoman and former presidential candidate Martha Chavez. “I would leave politics, of course … I would leave the party.”

Keiko Fujimori is faced with a balancing act in attracting centrist voters who view her father’s government as corrupt and brutal against human rights, or both, while not alienating the hardcore Fujimorista base who see figures such as Chavez, Luisa Cuculiza and Alejandro Aguinaga as Fujimori’s most loyal defenders.

Keiko Fujimori’s brother Kenji Fujimori, a Popular Strength congressman considered to advocate for his father’s interests, has stood up for the “Albertistas” in apparent opposition to his sister.

However not all of the Albertista base is threatening to leave the party if excluded from the Popular Strength list of candidates for Congress. Luisa Cuculiza, former women’s minister under Alberto Fujimori, told El Comercio that she declined an invitation from Lima mayor Luis Castañeda to run with his National Solidarity party.

“I will stay in Congress if they put me there. If not, we’ll see how I can work to serve the people who need me,” Cuculiza said. “I thanked [Mr. Castañeda] very much for the offer. But in the end he understood that I would never leave Fujimorismo.”

While he resigned from office from Japan in disgrace, former President Alberto Fujimori is viewed by many Peruvians as the political leader responsible for defeating Shining Path guerrilla movement as well as restoring the economy.

A recent Ipsos poll showed that while 67% of Peruvians believed no politician linked to Alberto Fujimori should form part of a Keiko Fujimori government, 24% said it should include some and 3% said it should be entirely composed of “Albertistas.”

A recent report about prison visitors to Alberto Fujimori suggests he is playing an active role in advocating for veteran Fujimorista politicians.

In the same poll, Keiko Fujimori continues to lead the field of candidates with 33% of the vote, followed by Pedro Pablo Kuczynski with 16%, Cesar Acuña (13%), Alan Garcia (8%) and Alejandro Toledo (5%).