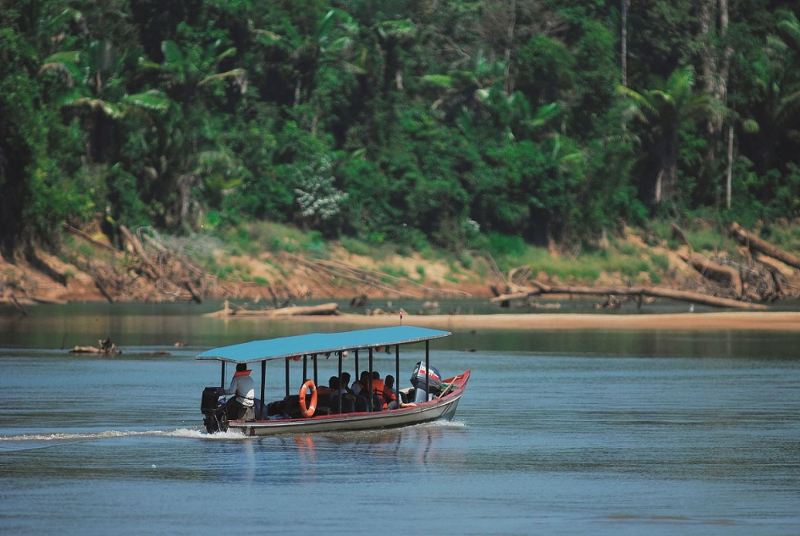 Around 40 tourists were detained by indigenous communities in the Manu National Park of Peru’s Amazon jungle for over 24 hours before being released today.

Local district mayor Isauro Fernandez said that about 300 villagers from the Diamante, Boca Manu and Puerto Azul communities detained the 40 tourists to demand the construction of a road to connect Nueva Eden and Puerto Shipiteari in the Manu province of Madre de Dios.

“We are virtually isolated. The only way to get around is by boat, but they are being held elsewhere. They have the driver and his assistant held where the Manu and Alto Madre de Dios rivers meet,” one tour guide told El Comercio.

“We were detained at noon yesterday. We came down the river and were surrounded by about eight boats. We had seven people on my boat, including two American tourists. They are elderly, over 60 years old.”

The guide added that neither he nor the tourists had been mistreated or assaulted during their captivity.

The villagers are upset at a complaint filed by Peru’s environmental agency SERNANP against the state government of Madre de Dios for starting construction of a road to link Nueva Eden and Puerto Shipiteari.

“[The road] is not even in the Manu reserve,” said Madre de Dios governor Luis Otsuka. “It’s in a buffer zone where there are agricultural land and it has the proper documentation.”

SERNANP says that the construction project did not have a required environmental impact study and that the road would serve illegal mining and logging interests.

“Fortunately the tourists and their guides were released and are now boarding different boats that will take them to Cusco and, from there, to their destinations,” said SERNANP chief Pedro Gamboa.

One of the detained tourists was esteemed environmental scientist John Terborgh, a professor at Duke University and MacArthur Fellow. Terborgh operates a field office in the Manu National Park.

The Manu National Park is a UNESCO World Heritage Site. Encompassing tropical terrain ranging from 400 to over 13,000 feet in altitude, the park features some of the most bio-diverse land in the world.