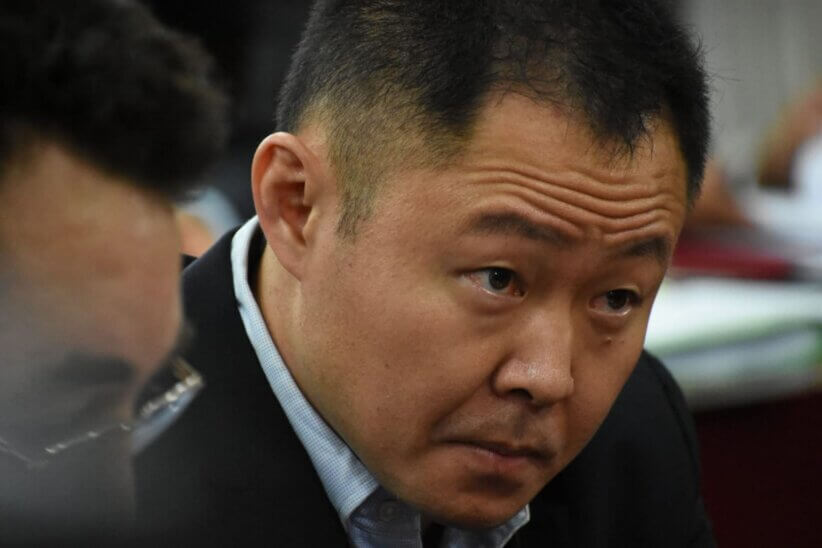 The Special Criminal Chamber of the Supreme Court announced the sentence on Tuesday, adding that it will suspend its execution until the process is finalized. Meanwhile, Mr. Fujimori must follow rules of conduct, including that he will not be able to leave his house without the authorization of the judge and appear before the authorities whenever he is called.

Along with Mr. Fujimori, former congressmen Guillermo Bocángel and Bienvenido Ramírez have been sentenced for the crime of influence peddling.

A fourth implicated in this case, Alexei Toledo, a former adviser to Kenji Fujimori, was given a four-year suspended prison sentence.

The court also disqualified the three congressmen from holding public office for 18 months and the former advisor for six months. In addition, those sentenced must pay a fine of 500,000 soles (USD $130,000).

According to the Public Ministry, they are accused of offering public works projects to several former congressmen, including the late Moisés Mamani, in exchange for voting against the impeachment of former President Kuczynski.

During the trial, Kenji Fujimori said he did not buy votes nor offer benefits to anyone.

“The Public Ministry wants to illegally take away my freedom, raising an argument without any basis,” Mr. Fujimori said on November 2, during his last participation in the hearing.

The accusation that led to the trial was first delivered to Congress in 2018 by Fuerza Popular, a political party led by Kenji’s sister Keiko Fujimori. Kenji Fujimori resigned that same year from that party.

The accusation was based on recordings released by Fuerza Popular that allegedly proved vote buying.

The Supreme Court said during the reading of the sentence that the recordings were valid and were not manipulated.

After a second impeachment vote, Mr. Kuczynski resigned the presidency on 21 March 2018 following the release of videos showing alleged acts of vote buying.

Kenji is the youngest of the Fujimori family that has dominated Peruvian politics for more than 30 years. His sister Keiko has run for president three times.

Alberto Fujimori, his father, is sentenced to 25 years in prison for crimes against humanity and Keiko is currently being investigated for alleged corruption.