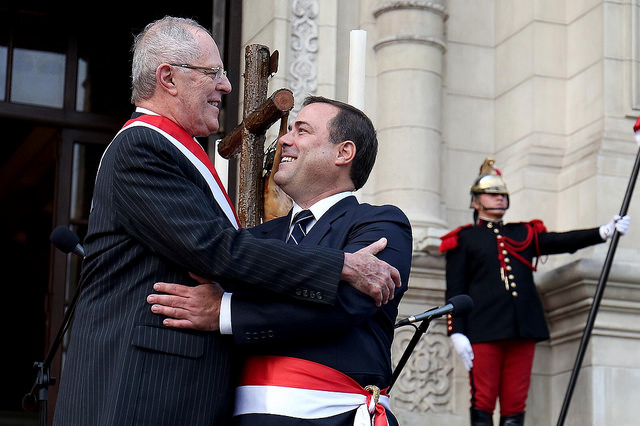 Mere hours after congresswoman Keiko Fujimori questioned when the ruling government would make charges in connection to the Pedro Pablo Kuczynski vote-buying scandal, prosecutors obliged with charges. Per an official statement Thursday night from the Prosecutor’s Office, former transport minister Bruno Giuffra Monteverde was charged with bribery and influence peddling.

The case comes in connection to the tapes that caught politicians trying to buy congressional votes in March to rule favorably on former President Kucyznski’s impeachment vote.

“Ex-minister Giuffra Monteverde appeared on the divulged recordings last March in which he was making apparent offers to congresspeople to vote against the impeachment of then-President Pedro Pablo Kuczynski,” read a follow-up statement on Twitter from the Prosecutor’s Office.

Giuffra was heard in one of the audio tapes speaking with congressman Moisés Mamani where he is apparently trying to cajole the politician into voting in Kuczynski’s favor. He is later heard extending an invitation to the ex-president’s house to speak more in-depth about the matter. In one conversation, after initial reports started leaking out about the tapes, Mamani asks the former transport minister if people on the outside know what is happening.

“No one can find out about me ever,” Giuffra responds.

The audio tape was published by President of Congress Daniel Salaverry on March 21. Kuczynski was forced to resign days later after more audio and videotapes were released.