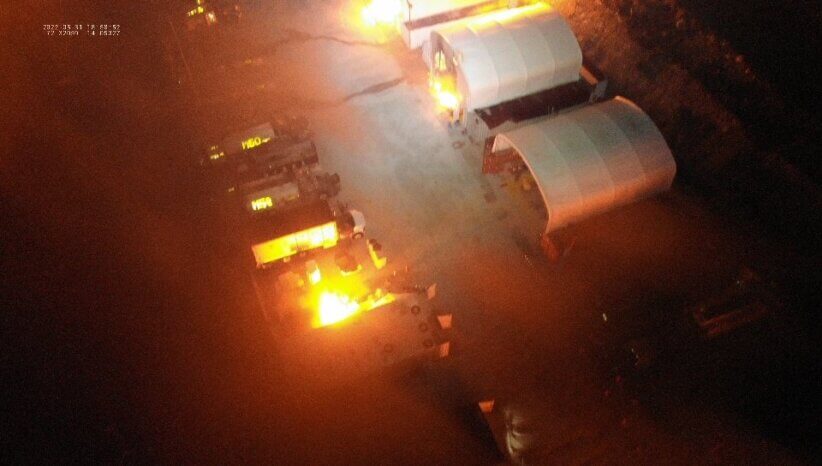 Amid ongoing social protests, two fires broke out last week at different copper mines in the Apurímac region of southern Peru. Local organizers are calling on the mining companies to uphold social commitments to neighboring communities, and mine workers are demanding their right to return to work after protests have paralyzed mining operations.

On May 31 a fire broke out at the “Los Chancas” copper mine which is owned by Southern Copper Corporation (Southern Peru) and located in the Apurímac region of southern Peru.

According to a press release from the company, approximately 300 people, mostly informal miners from the province of Aymaraes, destroyed and set fire to the facilities of the Los Chancas camp.

No injuries were reported because the mining workers had reportedly already evacuated the area.

“The attack has already been reported to the National Police and the Public Ministry. Southern Peru requests the immediate intervention of the authorities. Violence must not go unpunished and new crimes and threats must be prevented,” the company said in a statement.

This isn’t Southern Copper’s first run-in with community protesters. At the beginning of this year the company suspended operations for more than 50 days at its “Cuajone” copper mine in the Moquegua region of southern Peru. The villagers cut off the mine’s water supply and demanded that the community receive a portion of the mining company’s profits.

A separate fire broke out 220 kilometers southwest of Cusco on May 31 at the Las Bambas copper mine — one of the largest in the world.

According to local media reports, members of the indigenous Huancuire community, who have been occupying the mine for over a month, allegedly set fire to facilities amid a confrontation between police and mine workers trying to enter the facility to do repairs on a water tank.

In a statement, mine owner MMG Las Bambas said that the residents had “caused damage to property and buildings.”

“The burned camp is outside Huancuire’s jurisdiction. The community members absolutely deny having done it,” he told La República

Mine operations at Las Bambas have been paralyzed since April 14 after hundreds of local residents took over a hillside on the property to protest alleged breaches of social commitments between the mine and local community.

More than 50 days after the strike began, the mine has laid off 3,000 workers and another 9,000 are at risk of losing their jobs, according to Erick Ramos, general secretary of the Las Bambas miners union.

On May 25, MMG Las Bambas reported that Peru lost nearly USD $400 million in copper exports and more than USD $59 million in revenues in the first 42 days of the strike.

On June 2, after 50 days of work stoppage, thousands of Las Bambas workers protested in the cities of Lima, Cusco and Arequipa against the government’s failed attempts at dialogue with the community protesters.

“It’s been 50 days since we stopped working,” said Claudio Cáceres, manager of Legal Affairs at the mining company on June 2. “This affects 9,000 workers, direct and indirect, who today want to express themselves peacefully to make their voices heard … We want to return to our jobs!”

Since the beginning of the protests, President Pedro Castillo’s administration has organized six meetings with protesters to try to resolve the issue, without success.

Last Thursday, the ruling Peru Libre party presented a bill for the “nationalization of copper and the creation of the state company Las Bambas SAC.” The company would start its operations in the same area where the mining company MMG Las Bambas operates.

Last December, MMG Las Bambas halted its operations for two weeks due to road blockades, which prevented the movement of supplies and personnel.

The mine has suffered repeated interruptions since it began operations in 2016.

Peru takes “emergency” steps to recover tourism after the pandemic