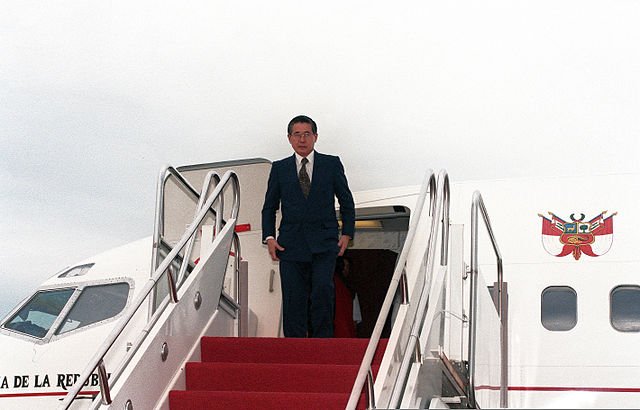 Fujimori is serving a lengthy sentence for crimes against humanity.

In an open letter, Amnesty International requested President Kuczynski to “keep moving forward in the fight for truth, justice and reparation for the crimes against humanity,” denying any pardon or clemency to former president Alberto Fujimori.

The statement came only a few days after President Kuczynski commented on the possibility of pardoning Fujimori.

“We are looking after Mr. Fujimori’s health as we do with other inmates, and want their end of life to be dignified,” said Kuczynski on October 6 during an RPP radio interview. “I do not wish for another Leguia,” he said, referring to ex-president Augusto Leguía, a highly regarded political prisoner who died soon after his treatable medical conditions worsened in confinement. He was 68 years old.

Kuczynski made clear that “we are talking about Fujimori’s health, not about granting pardons. We monitor closely the health of elderly inmates to prevent them from passing away in prison.”

“[Amnesty International] wishes to emphasize that any pardon or clemency granted to former president Alberto Fujimori which annuls the sentence imposed in 2009 for crimes against humanity would show contempt for the verdict and sentence passed and ratified by the Supreme Court, would violate Peru’s obligations under international law and, furthermore, would undermine the fight against impunity which is far from over in the country,” states the open letter signed by Erika Guevara Rosas, Americas Director of the humanitarian organization.

Fujimori to remain behind bars

Now aged 79, Fujimori has been incarcerated since 2007 after the Supreme Court of Peru sentenced him to 25 years. Despite Fujimori support from fervent supporters all over the country, both ex-president Ollanta Humala and incumbent Pedro Pablo Kuczynski have publicly stated their intention not to grant any such pardon.

As Amnesty International and the incumbent share similar views, Fujimori is highly unlikely to earn a pardon. The ex-president’s last resort would be to acquire a disease that would give him access to a humanitarian release for medical reasons. However, the ex-president and his political sympathizers have pushed several times before for his release with little success.

Since 2012, three more attempts for a humanitarian pardon have been denied, including one based on terminal illness grounds. In addition, a bill to allow convicts over the age of 75 to serve their time in house arrest, drafted specifically with Fujimori in mind, was presented to Congress in April.