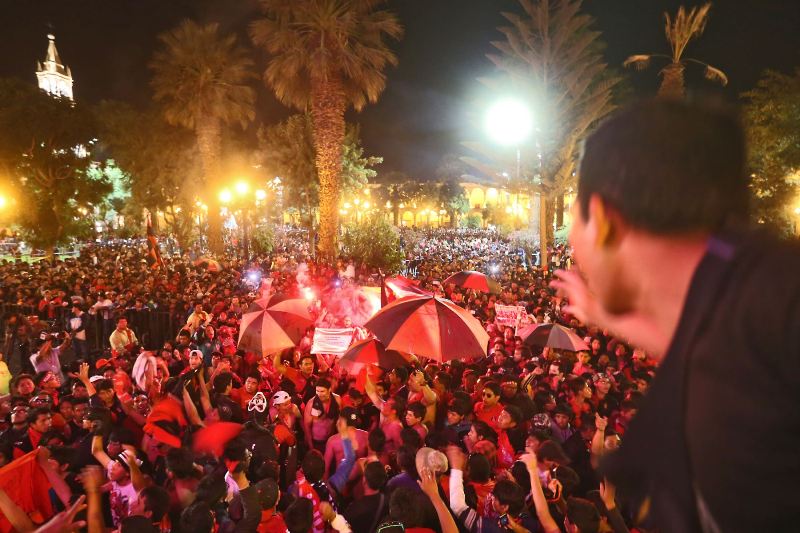 The championship is FBC Melgar’s first in 34 years and comes during the 100th anniversary year of the Arequipa club. After the game was played at San Agustin University’s Monumental stadium in Arequipa, tens of thousands of jubilant fans filled the streets of downtown Arequipa to sing songs and celebrate.

In Peru’s Professional Soccer Sports Association (AFDP) playoffs, each matchup is decided by total goals scored in two games played on the home field of each team. After a 2-2 tie in Lima’s national stadium on Sunday, last night’s game in Arequipa would determine the championship for 2015.

“Melgar had ups and downs, like everyone else, but it knew how to sustain its performance and stay on top of the championship,” writes El Comecio sports reporter Arturo Leon. “A deserved win for a team that was the most consistent of the year.”

Watch highlights from the game below.