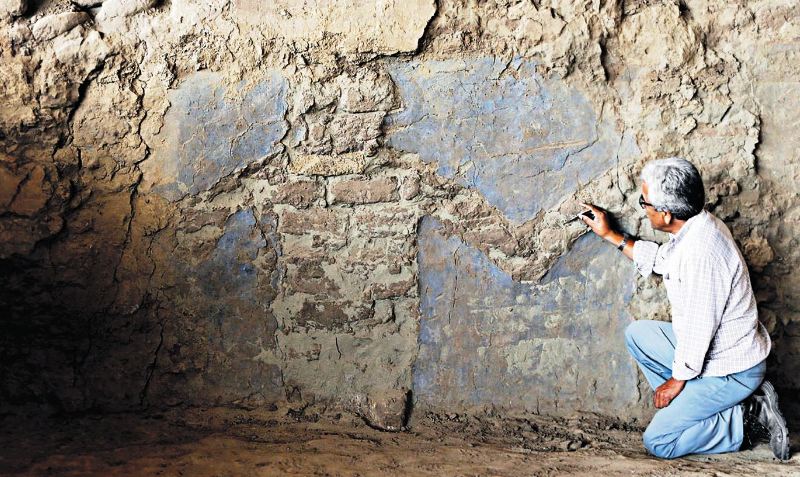 Less than one month after protests in Cusco helped defeat a bill to allow private capital to offer tourist services and restoration work at Peru’s archaeological sites, a privately funded research team has unearthed the mural in the ancient temples of the Moche civilization in the northern state of La Libertad.

Peru’s culture ministry and archaeology conservationists point to the Huacas del Sol y de la Luna adobe temples outside Trujillo as proof that private capital can improve or restore historical sites which local governments do not have the resources or will to attend.

“This is not privatizing or licensing archaeological sites, but creating the ability to manage national heritage,” says archaeologist Ricardo Morales. “Maybe the reality in Cusco is different, but here we need the support of the private company to recover and conserve our monuments, something the government is unable to do. Decree 1198 deserves another look.”

The site ranks in Peru’s top 10 most visited tourist sites since opening up to private investment in 1991. The $18 million restoration was financed by the Backus Foundation, the National University of Trujillo and the Moche Valley Huacas Board.

The mural features 10 human figures standing over five feet tall. Experts believe that the image depicts high priestesses or other women who played an important ceremonial role in the Moche religion. Archaeologists have discovered over 400 images featuring wild cats, birds and ocean waves which will be opened to the public in 2016.

“Congress repealed Decree 1198 and forgot that there is cultural heritage of interest in the rest of Peru,” Alvarez wrote. “What do they propose instead? Nothing.”