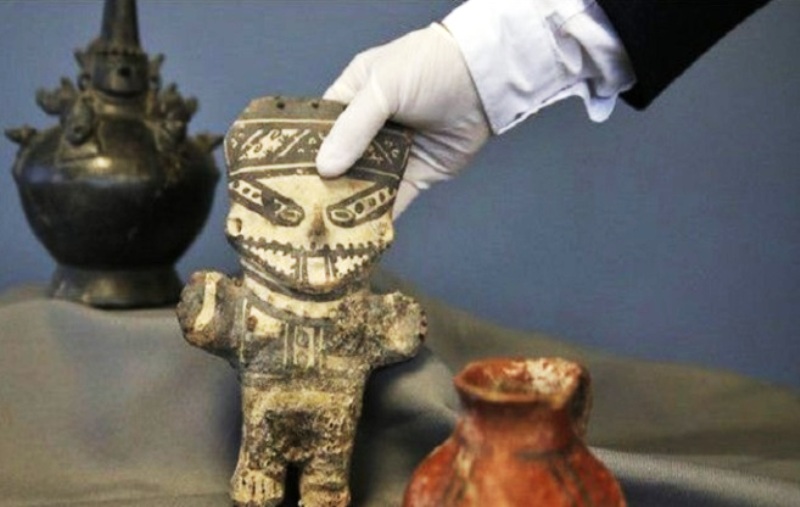 Argentina President Cristina Fernandez announced that her government would return over 4,500 cultural artifacts to Peru and Ecuador.

Fernandez made the announcement at during the opening of expansions to Argentina’s National Museum of Fine Arts in Buenos Aires. Ambassadors from Peru and Ecuador were in attendance as well as notable artists including Martha Minujin and Sara Facio.

“It is an honor and a pleasure to restore the cultural wealth of countries such as Ecuador and Peru in a world where such wealth has so often been taken away,” Fernandez said.

“The world we live in is one in which great powers fight to control the cultural riches of other people. One can see in the great museums of the world pieces from Greece, Syria, Egypt, Asia and even Latin America, and which have not been returned,” Fernandez said.

A statement from the President detailed that her government planned to return 4,000 artifacts from Peru and 500 from Ecuador which had been recovered from private homes, stores and markets in Buenos Aires.

The statement said that the government has between 15,000 and 20,000 cultural artifacts from all over the world, some of which date back to 3500 B.C.

In the last five years, Yale University has returned thousands of artifacts taken from Peru by historian Hiram Bingham, the explorer who discovered Machu Picchu.

Argentina to restore 4,000 artefacts to Ecuador and Peru (BBC)

Argentina to return wealth of artefacts to Ecuador, Peru (AFP)