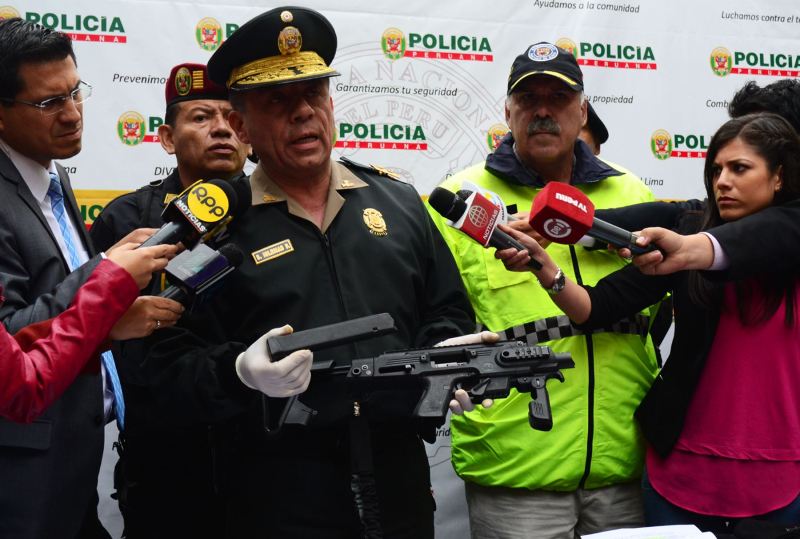 Police arrested two suspects from a team of five which robbed a Lima businesswoman of $90,000 at gunpoint yesterday.

The woman and a man were driving along Avenida Benavides in Lima’s Surco district after closing the cash sale of a home when a stolen Mercedes cornered their car in broad daylight. Men armed with automatic weapons stormed the car, overpowering the couple and fleeing with a bag of cash.

A police officer on a motorcycle followed the car, prompting the suspects to open fire. Three assailants fled the Mercedes after being stuck in traffic.

One suspect carjacked a nearby Volkswagen, forcing the driver out of the car. He escaped with two of the driver’s relatives in the back seat, who he let out in the San Martin de Porres district later that day.

The last two suspects were ultimately arrested in the stolen Mercedes, where police found handguns, an assault rifle and ski masks. Police did not recover the money.

The robbery was recorded by Surco district security cameras.