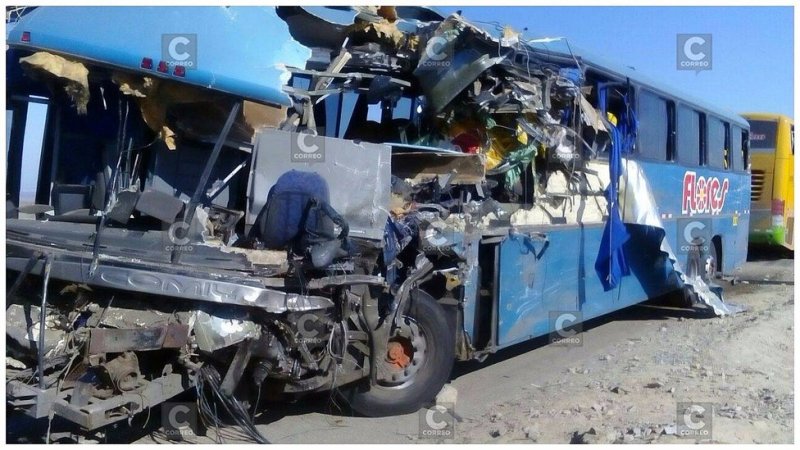 At least 17 people were killed when two buses collided head-on in Peru’s southern state of Ica on Tuesday night.

According to RPP, one bus was travelling from the provincial capital of Ica to nearby Nazca when it crashed into another bus heading from Cusco to Lima. Sixteen people were killed on impact while one child died en route to the hospital. The doctor’s report said that two Puerto Ricans and one Haitian are among the dead. Forty-two more people were injured.

“The driver of the Palomino company was moving quietly, normal, straight, when suddenly the Flores bus overran it’s lane. It appeared that the driver fell asleep because he hit the driver. At that moment I froze,” a witness told Channel 21 TV.

“The impact was so strong that for three or four seconds I lost consciousness,” recovering survivor Carlos Gomez told reporters from the hospital.

Peru’s rural highways are notoriously dangerous due to poor maintenance of roads, inconsistent safety inspections of vehicles and reckless drivers. But 2016 may prove to be the deadliest period in years.