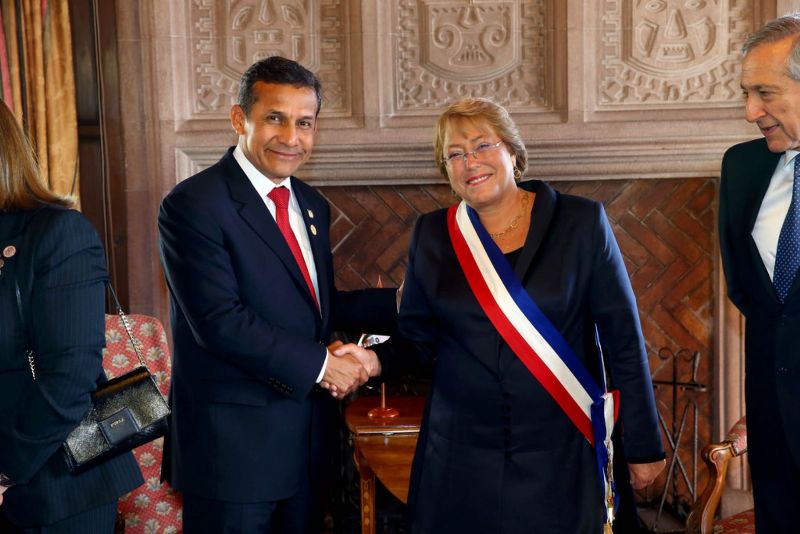 Chile’s director of intelligence has confirmed Peru’s charges of espionage of naval information.

A defense ministry memorandum detailing conversations between Oscar Aranda and Raul Robles, the respective intelligence chiefs for Chile and Peru, was obtained by Peruvian newspapers. In a conversation via WhatsApp, Aranda admitted to spying on Peruvian naval movements and attributed the motive to Peru’s lawsuit against Chile over the maritime border in the south Pacific, in which the International Court of Justice awarded most of the disputed territory to Peru.

Despite initial denials from Chile of government involvement, Arando confirmed that of the three Peruvian sailors charged with spying, “Only [Johnny] Philco. The other two [Alfredo Dominguez and Alberto Gonzales] are information mercenaries. They were selling it to whoever. We dropped them because we suspected that.”

“We are going to maintain a strict policy in demanding an apology for this,” said President Ollanta Humala. “What we have here is a confession.”

Humala implored Chile to respond to his second letter of protest sent on March 6. “[The response] needs to come quickly because we have already been waiting a long time, and not replying is one way to respond. It cannot wait another week.”

Ambassadors of each country have remained in their home countries and relations have been tense since three Peruvian sailors were charged with espionage for providing information about Peru’s naval movements to Chilean intelligence agents.