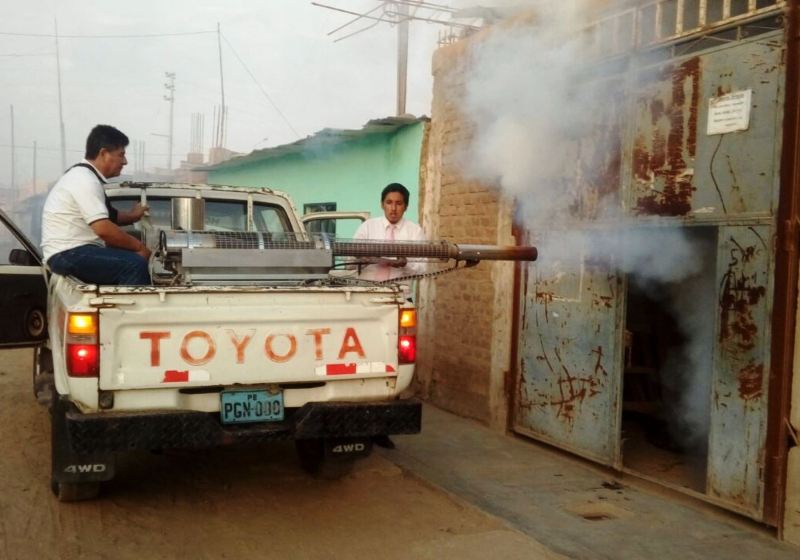 Piura was one of the worst affected areas in the country by flooding. Authorities are continuing fumigation efforts to halt the spread of the disease reported in over 10,000 cases including 383 health workers. However, some locals are resisting teams from entering their houses to carry out the one-hour procedure. Health minister Patricia Garcia is urging residents not to worry as the process carries no negative consequences.

Garcia told reporters in Piura that the situation is under control and the figures of those affected shows a decrease. However she acknowledged that most deaths have occurred in the government-run healthcare clinics, an issue she will raise with president Pedro Pablo Kuczynski.

Dengue is spread by the aedes mosquito common in tropical regions. Symptoms include fever, headaches, vomiting, and joint and muscle pain. Over 97% of cases are successfully treated unless it develops into “severe dengue,” which is fatal. Victims of a second infection are at far greater risk.

The rains which battered the country throughout March destroyed more than 70,000 homes, leaving many exposed to diseases such as dengue, zika and chikungunya. The northern states of Piura, Tumbes and Lambayeque were the worst affected.

Peru declared health emergencies throughout northern states and focused in Piura during a dengue epidemic in 2015. At least 16 people died before the disease was brought under control in August 2015.