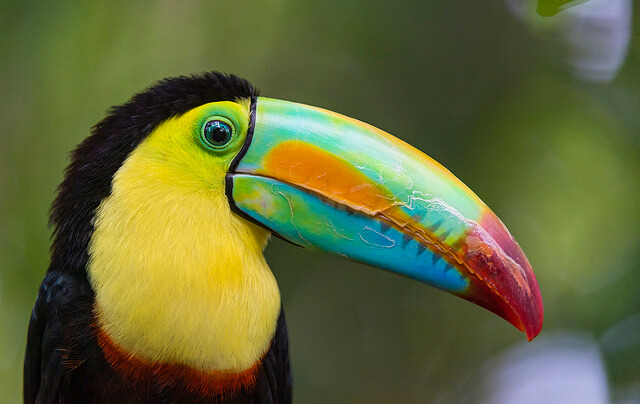 Sloths, toucans, anacondas and other precious wildlife were among the animals saved by Peruvian authorities at a Puerto Alegría tourism operation last week.

The rescue mission was carried out by Peru’s Environmental Prosecutor’s Office as they retrieved the animals held captive in the Amazon town. Some of the rescued animals are endangered species. A malnourished manatee and a monkey were among the 22 animals rescued in total.

A Colombian nonprofit named Entropika was also part of coordinating the mission, according to National Geographic, which previously conducted an investigation into animal suffering at this illicit tourist site in Puerto Alegría where animals were being made to suffer so that tourists coming off nearby boats could get pictures with them.

“This was the right moment to take action since this is quite a forgotten area in Peru,” Environmental Prosecutor of Loreto province Alberto Caraza Atoche told Nat Geo. “But we, as the Public Ministry, [have a duty to ensure] that the laws are upheld and that animals are protected.”

Some of the animals were found extremely undernourished, like a margay that is severely underweight and without fur in spots. The manatee is believed to need three years of rehab to get back to a normal weight.

There are still believed to be six more captive animals that authorities could not find.