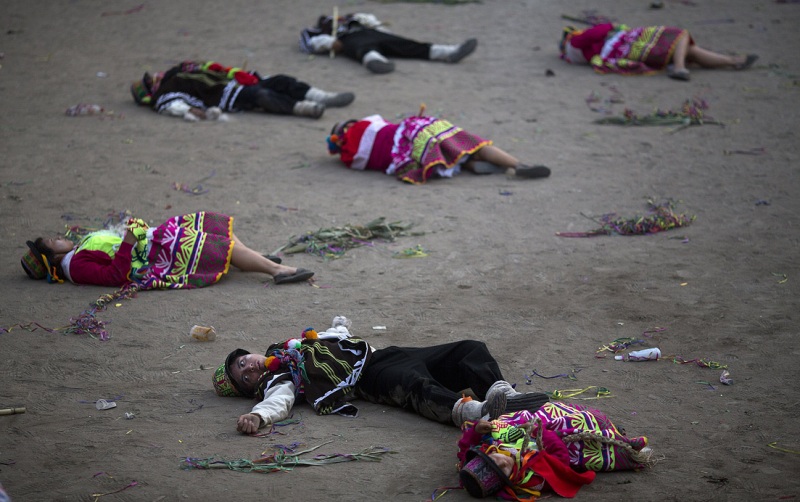 Over 9000 spectators descended on Lima’s Plaza de Acho last Sunday to attend the Ayacucho Festival, which featured scenes from Peru’s armed conflict with the Shining Path.

In addition to the traditional music and dancing, water balloons and bright colors, the festival for the first time highlighted Peru’s 20-year armed conflict that killed 69,000 people. Actors portrayed Ayacucho’s agricultural way of life being interrupted by warring security forces and clandestine guerrillas. After a scene depicting a group of peasants being massacred, the stadium fell silent.

“My heart was about to burst,” said Dolores Guzman, the sole survivor of such a massacre in Paccha. “All of us could have died, but the survivors are here, dancing. Despite the sadness and rage that still live on, the happiness also lives on.”

The Shining Path was founded in Ayacucho department by Abimael Guzman in 1970. Guzman was a philosophy teacher at San Cristobal of Huamanga University, where he built a base of support for years before waging war on the state from Ayacucho. According to INEI, over 800,000 residents fled Ayacucho department from 1981 to 2007. Most of them came to Lima.

In 2003, the government-sponsored Truth and Reconciliation Commission reported that over 69,000 people were killed during the conflict throughout Peru.