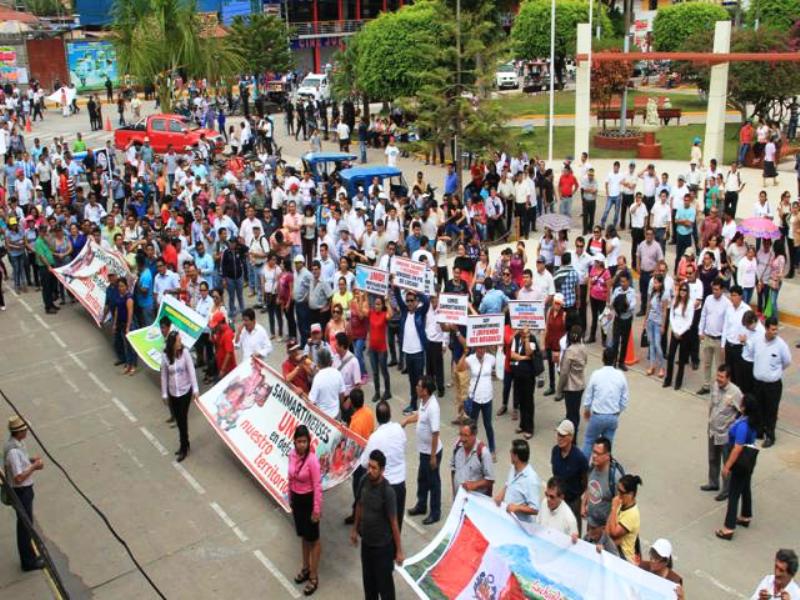 Movement has come to a halt in Peru’s northern state of San Martin in observance of a 24-hour strike to protest a new border agreement with the neighboring state of Loreto.

Residents in the cities of Tarapoto, Rioja and Moyobamba are protesting the loss of 30,000 hectares of land to the neighboring state of Loreto in a new border agreement to be signed this week.

“We did not want it to come to this,” said Loreto governor Fernando Melendez. “In the end I did everything in my power to reach a happy ending. But the governor of San Martin, from the beginning, has been protesting the border issue with Loreto. Now he wants to ask for arbitration on the issue.”

Melendez says that the new borders were agreed upon by previous San Martin governor Cesar Villanueva. “But what is most worrying is that [Noriega] misinforms the population and has created an umbrella of indigenous organizations.”

Meanwhile, schools and government offices are closed in Tarapoto during the strike.