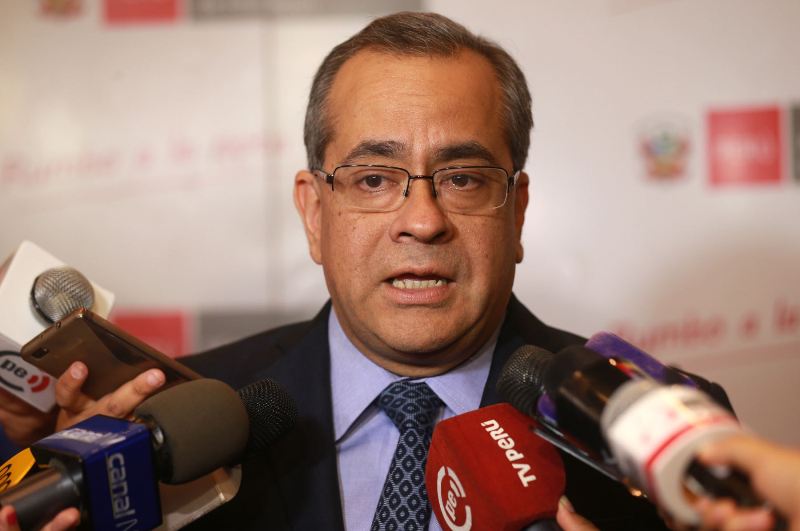 With 78 votes in favor, the Popular Force party controlled by Keiko Fujimori voted to censure the education minister eight days after a two-hour interrogation and 11-hour debate about alleged corruption in the $43 million purchase of computers as well as delayed construction of facilities to host the 2019 Pan American Games.

Seven legislators from other parties joined Popular Force’s move to sack Saavedra, which passed unanimously as members from the ruling party, Peruvians for Change, and others walked out of Congress before the vote.

“Unjust and irresponsible censure. The country must be put before other interests. Thanks Jaime for what you’ve done. [University] reform will continue,” Cabinet chief Fernando Zavala tweeted after the vote.

The expected impeachment of Saavedra by Popular Force was widely criticized by analysts of all political stripes as either an act of vengeance by Fujimori, who barely lost the 2016 election to President Pedro Pablo Kuczynski, or an attempt to derail the education minister’s university-reform legislation which would require greater academic standards from Peru’s for-profit universities.

Saavedra’s sacking even attracted criticism from The Economist, which profiled the episode in an article titled “A small act of national suicide in Peru.”

“As for Mr Saavedra, his likely departure illustrates the vicious circle that makes sustaining good policies so difficult in Latin American democracies. Popular Force has too many chancers who see a state that long failed to provide proper public services as a vein to be mined for private profit,” the article states.

“That the party represents so many Peruvians is in part an indictment of the country’s educational backwardness. Better education is no guarantee of a better-quality democracy, but it certainly helps. And it is essential if Peru is ever to grow truly prosperous.”

The unilateral sacking of Saavedra may ultimately backfire against Popular Force, however. Leftist party Broad Front has presented a motion to create a commission to investigate official purchases by congressional president Luz Salgado, which include $1.5 million of computer purchases from a little-known company in Trujillo and over $1 million of Christmas gift baskets which cost $270 each.

But Ipsos pollster Alfredo Torres argues in El Comercio that Saavedra’s impeachment will hardly damage Popular Force because of the educational divide in Peru.

“The eminent censure of the education minister reflects the disconnect between the educated elites and the less educated masses of the country,” Torres says. “There is no doubt is that most of the population forms their opinions from very superficial impressions and without knowing the facts in depth.”

An Ipsos poll taken this month showed that 52% of Peruvians approved of Saavedra’s impeachment. The same poll showed that only 38% of those surveyed attributed Peruvian students’ improvement in the PISA education assessment to educational policy, while only 47% attributed the improvement to external factors.

A small act of national suicide in Peru (The Economist)