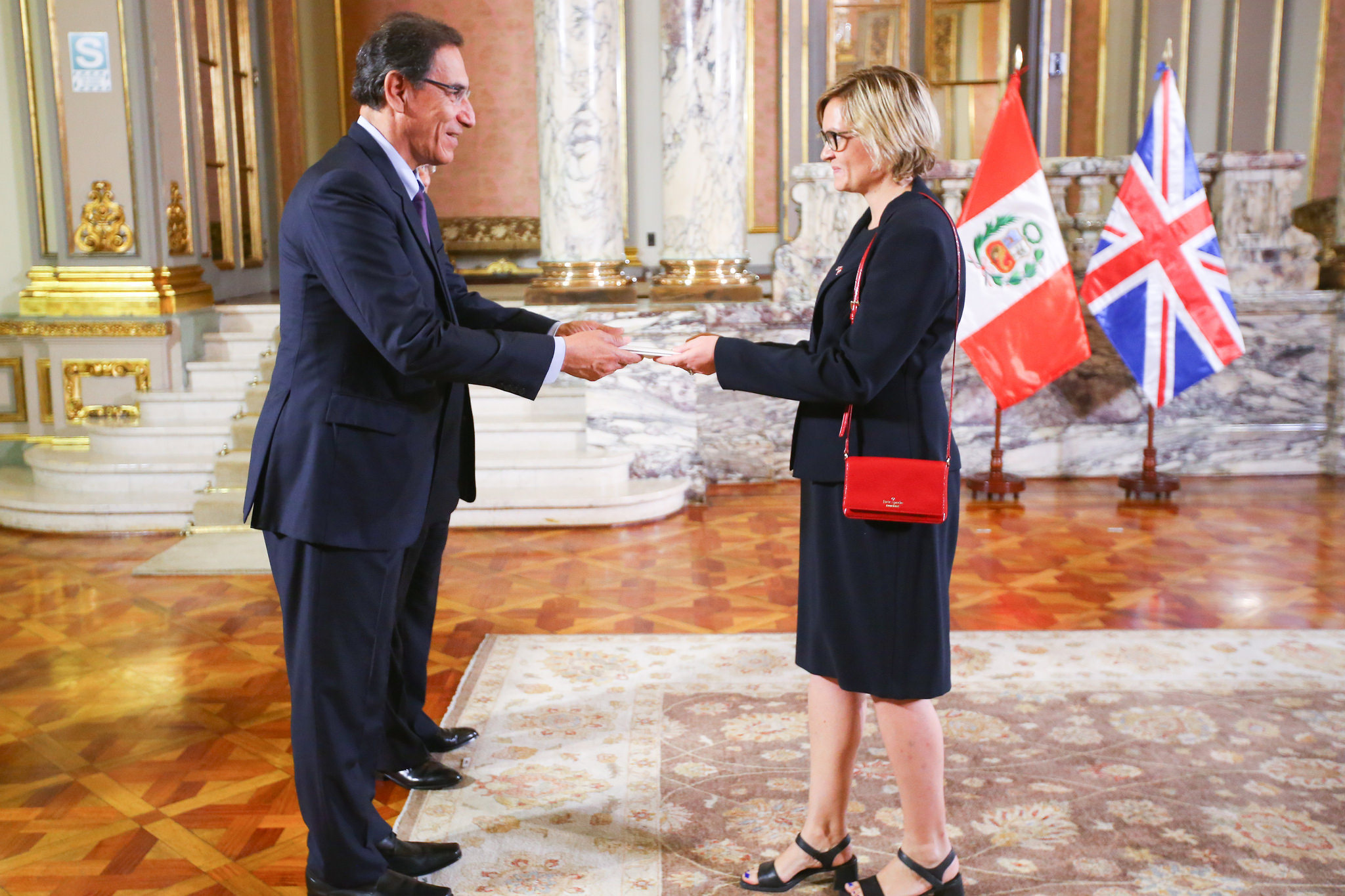 Kate Harrisson was officially welcomed in as the new ambassador to Great Britain and Northern Ireland in a presentation ceremony with the Peruvian government this week.

Harrisson entered into British diplomacy in 2000 as she has enjoyed a successful 18-year career with the Foreign & Commonwealth Office.

“It’s an honor for me to come to Peru,” Harrisson said in a statement from a swearing-in ceremony where President Martín Vizcarra and Foreign Minister Néstor Popolizio welcomed her to Peru. “I’ve been excited to discover a diverse country with so much potential, in both the human level and in economics. Peru has achieved important advances in the last few years and we will continue working together to strengthen economic and social development through education – especially for little girls – science and innovation, and the free markets. I also hope that we can collaborate more thoroughly on infrastructure projects, as we are now setting up the Pan American Games and the Parapan American Games in Lima in 2019.”

Ambassador Harrisson is coming off an assignment as political counselor from the British Embassy in Beijing. She was in China in various roles from 2013 to 2017. Before that, Harrisson was the Deputy Head of Mission in Vietnam for the United Kingdom. She also has experience tied to other Asian countries like India, Nepal and Bután.

The ambassador graduated from Open University where she studied psychology and earned a Bachelor’s in modern Chinese studies. Harrisson also holds a Master’s in anthropology from London’s SOAS University.

She speaks Mandarin and Spanish on top of her native English.

“The bilateral relation between Peru and the United Kingdom has been strengthened at the political level as well, and the international collaboration between our governments and in multilateral forums, like the UN Security Council, is something very valuable for both countries,” Harrisson added.