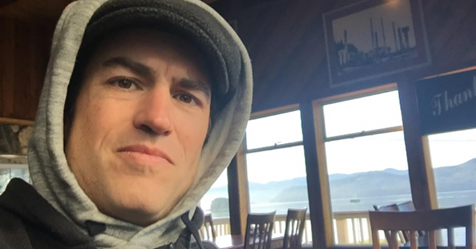 Canadian citizen Sebastian Woodroffe was found dead on Saturday after having been lynched by a mob in a small village in Yarinacocha. He was reportedly accused of killing Olivia Arévalo, who was shot to death on Thursday.

Indigenous organisation Servindi reported that Arévalo’s family were handing out a leaflet with a picture of the Canadian, asking people to share it on Facebook and offering a reward for any help in finding him.

“This is the man that killed teacher Olivia Arévalo after making her sing an ícaro (folkloric healing song often sung during Ayahuasca ceremonies),” the statement read. “He found her alone, asked her to sing and then killed her.”

On Saturday, local news agency Zona Pucallpa Noticias published a video on its Facebook page showing a crying Woodroffe sitting in a puddle surrounded by a group of villagers, including two children. A couple of angry men wrapped a rope around his neck and dragged him across the floor until he went limp. It is believed he was killed on Thursday, shortly after news of Arévalo’s death became public. Post-mortem reports indicate that Woodroffe was strangled to death after receiving various blows to his body.

Later on Saturday, the police arrived and found his body buried in a shallow ditch half a kilometre away from the house of the late Arévalo, reported El Comercio. The PNP Crime unit Dirincri told El Mundo that they had sent off evidence that would have proven whether he had killed her or not, and the Ministry of the Interior affirmed on Saturday that he was the prime suspect in the case.

The paper also mentioned that Woodroffe had been identified by supposed witnesses who saw him come to her house to ask her to sing a song, after which he shot in the air two times and then three more in the chest of the indigenous leader.

CBA News report that Woodroffe was a 41-year-old who had first traveled to Peru in 2016 to discover more about healing plants and to experiment with the hallucinogenic drink ayahuasca.

The Canadian had raised over $2,000 on the crowdfunding platform Indiegogo to fund his trip to learn about plants that could help addiction counseling. He was going to spend three months in Iquitos with a Shipibo healer, hoping to mix his modern knowledge with the traditional to help people recover.

“This is more than a ‘job’ to me,” he wrote on his Indiegogo page. “I want not only for people to recover… I want to turn them on to the wonders of existence and have them leave as a renewed friend and lover of this thing we call life. I care for people, and I want to help.”

There are two theories that could explain a possible motive for Woodroffe to kill Arévalo. The Guardian stated that one of these was that Arévalo’s son owed Woodroffe money, and El Comercio also reported another theory that the Canadian killed her because she refused to lead an ayahuasca ceremony with him due to her delicate health. The BBC stated that he was allegedly one of Arévalo’s clients.

Peru’s human rights Ombudsman’s office called for an investigation to clear up the events on Twitter.

“We express a complete rejection of the lynching and murder of the alleged perpetrator of the murder of indigenous leader Oliva Arévalo,” the office said. “We ask the authorities to carry out a detailed investigation.”

There is a small police presence in the small villages in the region, and there are many who believe that they have the right to take the law into their own hands. Ronald Suárez, the highest authority of the Shipibo-Konibo people to which Arévalo pertained, told The Guardian that the men who carried out the lynching had resorted to traditional justice.

“But we are a peaceful people who have always lived in harmony with nature,” he insisted. “We have little confidence in the police as, so often, crimes against us go unpunished.”

Many indigenous leaders and groups in Peru face harassment and death threats from those trying to exploit their land for logging or mining.

The Shipibo-Konibo community was shocked by the loss of 81-year-old Arévalo, who had extensive knowledge of the traditional uses of healing plants and ceremonies.