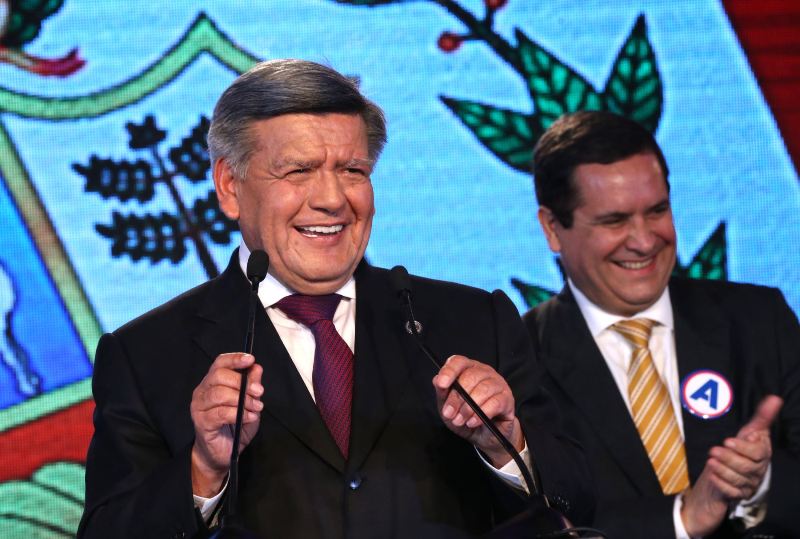 Cesar Acuña, governor of Peru’s northern state of La Libertad, resigned his office to run for president of Peru in the 2016 elections.

Acuña resigned the governorship after less than 10 months in office after winning the election last October and taking office on Dec. 31. Acuña previously resigned the mayoralty of Trujillo in order to run for governor of La Libertad.

Acuña waited until the last day allowed by law to resign the governorship of La Libertad, prompting criticism from some who have called his election last year a “fraud.”

The two-term congressman and two-term mayor of Trujillo flew to Lima after resigning his office to announce his bid for President.

“Peru urgently needs people with experience,” Acuña said, flanked by Luis Iberico, president of Peru’s congress and leader of the Alliance for Progress party. “Management must know everything, not just politics, because the country is a company that must be managed, to make a more competitive country, more productive, a country where the essence of government are the people.”

Acuña made headlines in August when he called for the military to patrol Peru’s cities to deter crime. Trujillo has seen some of the ugliest news stories featuring gangs and organized crime.

Acuña trails at least four candidates and as many as five in voter intention surveys.