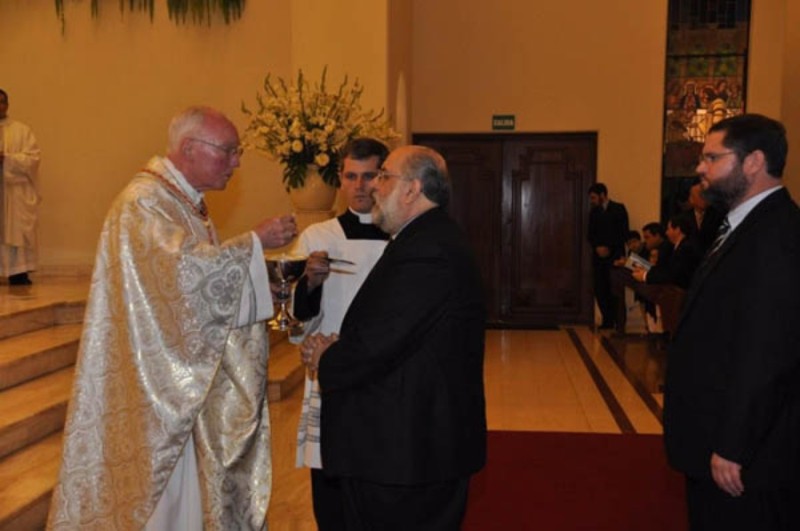 Attorney general Pablo Sanchez said that his public ministry had opened a 60-day investigation into the revelations. However any crimes committed before 2004 would be ineligible for prosecution under Peru’s statute of limitations.

“At times I literally felt nauseous, on the point of tears,” author Pedro Salinas said about writing the book. “Because they are such shocking testimonies, especially those who allege sexual abuse, that I doubt anyone would be unfazed. They are traumas people have carried with them for years, that cost them a lot to recount.”

Salinas added that the allegations in his book are just the “tip of the iceberg” in regards to abuse at SCV. The story has rocked this conservative country during one of the more religious months of the year where the society was founded 44 years ago.

“It is a cause for deep grief and shame if such acts could have been committed by Luis Fernando Figari, the founder and for many years the Superior General of our community,” read a statement from Alessandro Moroni, current director of the society.

“We are committed to thoroughly investigating and clarifying the truth about the incidents, which are intolerable, because they involve grave suffering for persons who trusted our community, and they betray our deepest values.”

Moroni said that the society is creating a committee to meet with and counsel people who were abused. Moroni added that Figari declined to fulfill his “moral obligation” in making a public statement, but has maintained his innocence.

Three former SCV members accused the society of abuse in 2011 before the ecclesiastical court of the Lima archdiocese, which recently said it referred the case to the Vatican as it is not authorized to hear cases involving apostolic societies.

In 2007 SCV member Daniel Beltran was arrested for taking pictures of a naked boy in a downtown Lima hotel. In 2008 the movement to beatify German Doig, the second-highest authority in the society after Figari, was derailed by sexual abuse allegations.

Figari has been retired in Italy since 2007.