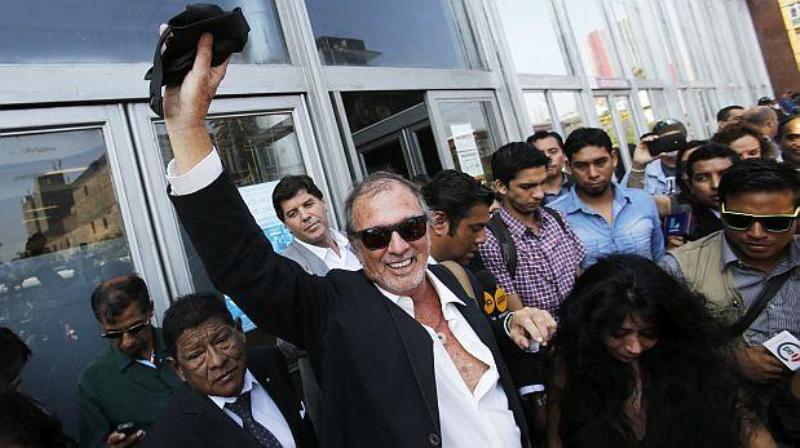 The court granted Leon’s appeal and ruled that his article which harshly criticized a former El Comercio journalist Meier was offensive, but did not amount to defamation given the subject matter was in the “public interest.”

“Having set the proper scope for each of the fundamental rights of honor and freedom of expression, and found that the words and phrases contained in the article written by the convicted defendant, although they are shocking, perhaps exaggerated, confrontations in bad taste, satiric or ironic, are not so extreme so as to qualify as a crime because, as discussed above, they fall within the scope of the public interest, and are based on a reasonable factual basis,” reads the three-judge tribunal’s verdict.

In May a Lima court found Rafo Leon guilty of aggravated defamation for violating journalist Martha Meier’s honor, which is a fundamental right according to Peru’s constitution. Leon was sentenced to one year in prison, which was suspended provided he comply with terms of a probation which included signing in with the courts every month and not changing his residence.

Leon was also ordered to pay Meier $1,800 in damages. The conviction, which was criticized throughout Peru’s media including in El Comercio, came on World Press Freedom Day.

“Politicians [in Peru] frequently react to criticism, such as allegations of corruption, by suing journalists, press outlets and activists. Defamation remains a criminal offense punishable by imprisonment, though sentences are frequently suspended,” reads the Freedom House profile on Peru.