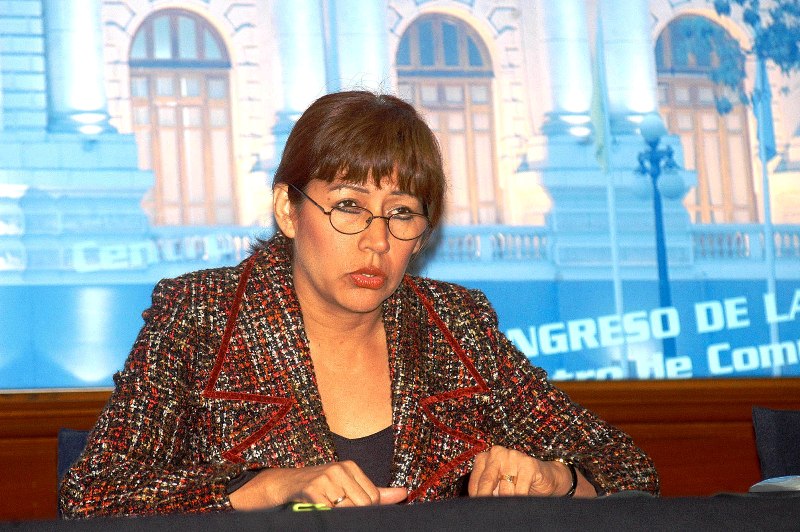 Expelled congresswoman Tula Benites has sued Peru’s congress for $775,000 for “psychological and personal injury,” loss of income and more.

The former APRA congresswoman was suspended in 2007 and dismissed from Peru’s congress in 2008 for fraud. Benites allegedly enrolled a non-existent consultant on her staff to receive a congressional salary.

“It covers what I have not received due to improper impeachment and subsequent criminal proceedings,” said Benites, who was found not guilty in Peru’s supreme court last year.

In 2007 the newspaper, Peru 21, revealed that a member of Benites’s staff had never reported to Peru’s congressional building. He denied working in congress and it was later proven that his signature was forged. Withdrawals from the bank account receiving the salary were made in Trujillo, the city Benites represents.

Paying the settlement sets a “horrible precedent,” according to APRA spokesman Mauricio Mulder. “Congress is an autonomous body and it sanctioned according to what it thought was right, ethically by the ethics commission as well as by the subcommittee on constitutional offenses with evidence of a crime. What she’s asking for is absurd.”

“The judge in this case is confusing the role of a legislator to her workers, saying she was not responsible for hiring, when yes it is [her responsibility] and she never verified the work done by each consultant,” said Popular Christian Party congressman Luis Galarreta.

“She wants to become a millionaire at the expense of congress,” said Nationalist Party spokesman Daniel Abugattas. “Congress is autonomous. We are all subject to expulsion.”

Benites was one of the first members of congress in Peru to be accused and expelled for having “ghost employees” drawing a congressional salary.