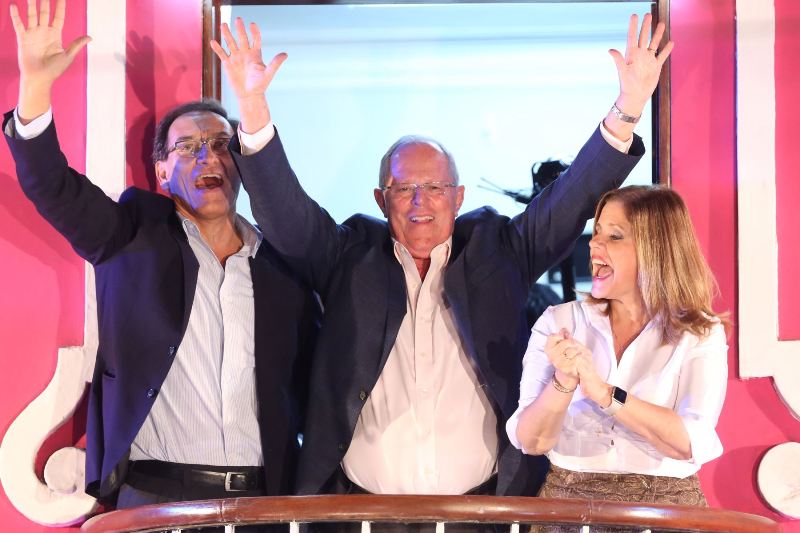 With over 99% of votes counted, Pedro Pablo Kuczynski has maintained an insurmountable lead over Keiko Fujimori in Peru’s 2016 presidential election.

With 99.8% of ballots counted, Kuczynski had won 50.12% of votes compared to Fujimori’s 49.87%, according to the ONPE elections authority. While the difference is little more than 41,000 in an election which saw over 18 million votes cast, there are less than 32,000 votes left to be counted.

Kuczynski and Fujimori have pledged not to claim victory or concede defeat until 100% of votes are counted. However Popular Force congressman Hector Becerril has already made comments to the press which indicate his party will accept the election’s official results.

“We are happy for the tremendous support,” Becerril told El Comercio. “We are looking forward, strengthened by those results and we hope to continue working for the great Fujimorismo dream. The dream isn’t dead. The dream is simply postponed.”

For its part, Kuczynski’s Peruvians for Change party has already begun reaching out in an effort to reconcile with Fujimori’s Popular Force, which will control the legislative agenda after winning 73 of 130 seats in Congress in the first-round vote.

“We are going to search for and call on the best technocrats to work for the country, regardless of their political color,” Kuczynski’s second vice president Mercedes Araoz told Correo when asked if the new government would incorporate Popular Force members in ministerial positions. “There may be people from the left as well as Fujimorismo people … It will be a fairly broad Cabinet.”

A reconciliation, however, may be difficult to deliver after the tone of the campaigns in the final two weeks before the election. Kuczynski’s allegation, “You haven’t changed, babe,” at the final presidential debate embodies the ultimately successful strategy of painting Popular Force as linked to drug trafficking and a risk to democracy.

“Relations must be rebuilt because they accused us of being drug traffickers, crooks and Montesinistas,” Popular Force congresswoman Lourdes Alcorta told El Comercio. “So it is very difficult for us to embrace them. Hard feelings weigh a lot and the insults have to be considered.”