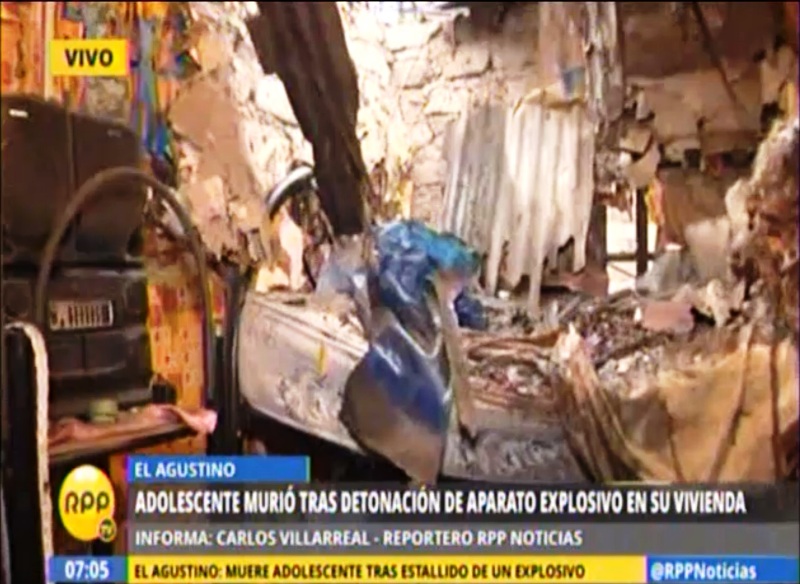 A 12-year-old girl was killed when a man detonated an improvised explosive on the roof of her Lima home just above her bed.

The explosion occurred just before 3 a.m. this morning in a shantytown of Lima’s El Agustino district. The bomb was placed on the corrugated sheet-metal roof just above where the victim slept on the top of a bunk bed.

The victim’s older sister and her four-year-old son in the bottom bunk were unharmed.

The parents of the victim said they had not received any threats and the attack was not a product of extortion because the family does not earn much money. The father works as a security guard and the mother sells newspapers.

El Comercio reports that neighbors and family members believe the attack was perpetrated by the ex-boyfriend of the victim’s older sister, who had recently ended their relationship.

The news comes a week after a Lima police officer was killed in a grenade attack at a school in Villa El Salvador, the latest in a rash of similar attacks which prompted the government to take steps to curb supply of grenades in black markets and evaluate harsher punishments for attacks with explosives.