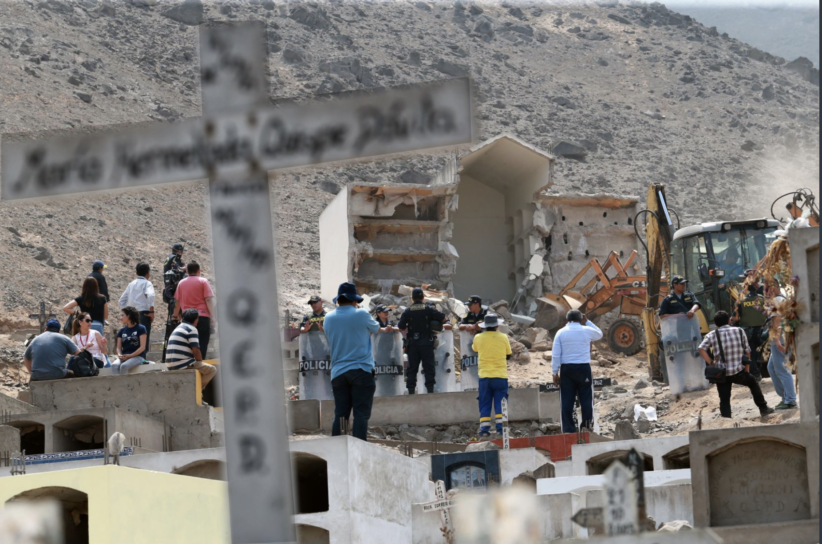 The Shining Path terrorist group left a stain on Peru’s history in its brutal back-and-forth war with the government, in which both sides succumbed to awful tactics and crimes against humanity. In an apparent effort to shade over that dark part of the country’s history, Peru’s National Police force destroyed a mausoleum for Shining Path members located in the Comas district of Lima.

Comas mayor Miguel Saldaña oversaw the destruction of the structure housing various tombs with bulldozers on Saturday. Before the bulldozing began, however, up to eight coffins were taken out and placed nearby in the Mártires 19 de Julio graveyard where the now-demolished structure was located.

“We have carried out the work with a little bit of secrecy because its a matter of complying with our roles that the law mandates,” Saldaña told El Comercio newspaper. “We have gone along with the comprehensive procedure.”

Earlier this year in February, an order from the Inter-American Court of Human Rights rejected any measures that would block the destruction of the mausoleum.

The mausoleum had space for more than 50 niches but there were only eight bodies ever transferred to the structure.

“We respect the pain of these families, but we are complying with our duties and with what the established law requires us to do,” Saldaña said of the demolition.

FBI joins search for missing US woman in Peru