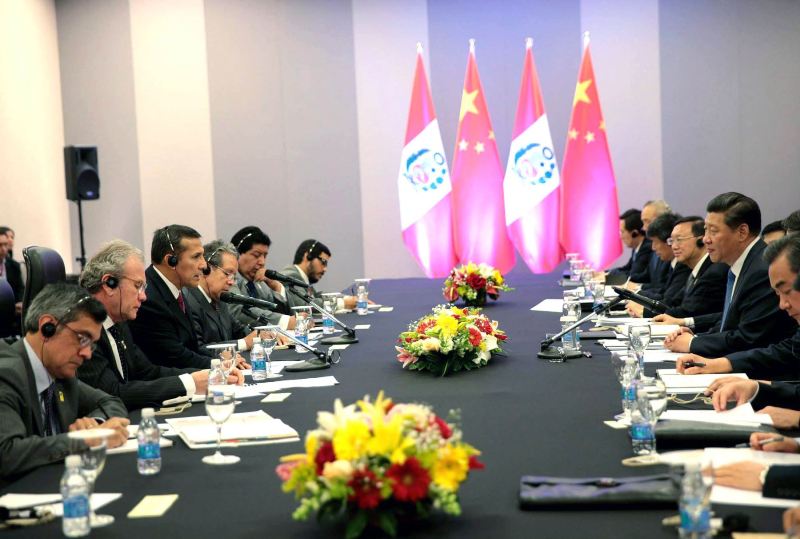 Chinese premier Li Keqiang will visit Peru on Friday in a tour of South America to negotiate a continental railway and shore up influence in the resource-rich region.

At the top of Li’s agenda is a Chinese-financed railway to connect seaports on Brazil’s Atlantic coast with Peru’s Pacific coast. China is looking to reduce shipping costs for Brazilian iron, soy and oil. While in Peru, Li will sign a feasibility study to build a railroad to the northern port city of Paita.

The $10 billion railway was originally planned to pass through Bolivia en route to the southern Peruvian port of Ilo, but that plan has been scrapped to bypass Bolivia entirely. According to President Ollanta Humala, the train will pass “through the north of Peru for reasons of national interest.”

Li’s trip to Brazil, Colombia, Peru and Chile comes as falling commodity prices batter the South American economies to different degrees. The Chinese premier agreed to provide $7 billion to Brazil’s state-oil firm Petrobras, which is embroiled in a historic corruption scandal. Li planned over $50 billion of investments in mining, infrastructure and manufacturing at a time when economists forecast Brazil’s GDP to contract 1.2% this year.

Li arrived in Bogota yesterday to meet with Colombian president Juan Manuel Santos in what became the first time a Chinese premier visited that country. The fall in global oil prices has caused the Colombian peso to lose over 25% of its value in the last year.

Li will visit Peru from May 22 to May 24, then Chile for two days before returning to Beijing. China is the world’s top consumer of copper, Peru’s top export, and the construction slowdown in China has contributed to falling copper prices.

The premier will not be solely focused on the railway in Peru, but also investment opportunities as falling prices present attractive opportunities for Chinese capital. “China is seizing this moment to promote its own interests and diversify its approach to investing in Latin America,” a specialist on China at the Inter-American Dialogue told the New York Times.

China surpassed the United States last year as Peru’s top consumer purchasing exports worth over $7 billion. China is also the top mining investor in Peru with over $19 billion representing over one third of all mining projects.

A Chinese-financed firm has begun construction in Nicaragua of a controversial canal worth $50 billion to rival the Panama Canal, where shipping prices have tripled in the last five years.

Why China wants to build a railway across South America (Quartz)