Peru: Keiko Fujimori vows not to pardon her father if elected 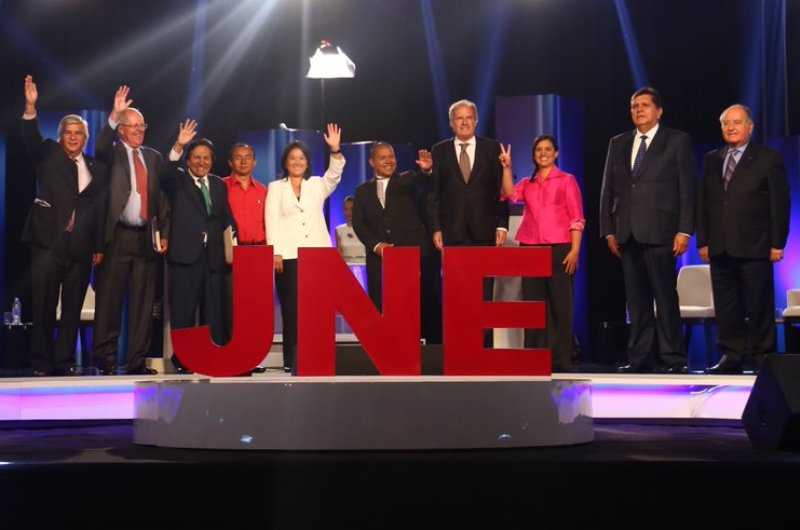 Fujimori stole the show at the end of what had been a largely uneventful debate when she used her 90 seconds allotted to candidates’ closing statements to publicly disown the most controversial tactics of her father’s 10-year presidency.

Fujimori repeated a list or promises which included to not “use political power to benefit any member of my family.” She then brandished a sheet of paper she presented as her “Commitment of Honor,” which she signed in front of national television. The bold move prompted an audible murmur from the audience.

“I know how to view my country’s history,” the document reads before listing each pledge in bulletpoints. “I know which chapters should be repeated and I am very clear about which ones should not.”

The other points included in the document include respect for democracy and human rights, respect for the press and freedom of expression as well as the commitment to prohibit reelection of presidents in Peru. “Never again an April 5,” reads the last bulletpoint in reference to Alberto Fujimori’s 1992 self-coup in which he dissolved Congress.

Fujimori also vowed to give control of the congressional committees overseeing intelligence and state entities to opposition parties. She also promised to expand reparations to victims of the government’s conflict with the Shining Path and women who were victims of her father’s forced sterilizations program.

Fujimori’s strong finish came after an embarrassing moment when her opponent, the virtually unknown Progressing Peru candidate Miguel Hilario, asked why voters should trust a candidate with such little work experience who is the daughter of the most corrupt president in Peru’s history.

Fujimori is all but guaranteed to advance to a runoff vote against either investor-favorite Pedro Pablo Kuczynski or leftist Veronika Mendoza. For months she has moved to the political center in an effort to win support from voters who are concerned about her father’s authoritarian tactics. In December Fujimori purged her party’s congressional candidates of the politicians seen as closest to her father.

The public pledge may be aimed at controlling the impact of an anti-Fujimori movement which has organized in the last month. Protesters have even held violent counter-demonstrations near Fujimori’s campaign rallies. One organization has branded itself as “April 5 never again.”

The second story of the night was Hope Front candidate Fernando Olivera’s relentless attacks on former President Alan Garcia for his alleged links to corruption and rising crime. While Olivera is not a contender for the presidency, a Correo poll shows the obscure candidate beat the grand orator in the debate.

Kuczynski seemed to be content to escape the evening without taking any risks while center-left candidate Alfredo Barnechea repeated his pledge to renegotiate the contracts for the exploitation at Camisea natural gas, Peru’s largest energy source. Camisea was a consistent theme among various candidates. Barnechea may ha

Veronika Mendoza delivered a strong performance which should continue to drive her ascent in the polls. Several candidates launched veiled attacks against Mendoza by condemning the failing models of neighbor countries currently in recession. Barnechea was the only one to mention her by name when he asked jailed Cajamarca governor Gregorio Santos if there were any difference between the two leftists.

Peru’s general elections will be held on April 10.