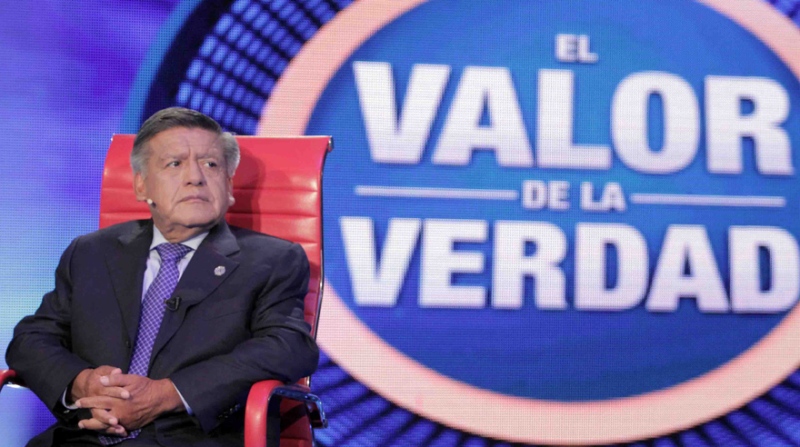 The JEE special elections tribunal opened an exclusion procedure which says that Acuña violated the Political Parties Law when he made personal donations worth thousands of dollars to food vendors in the Chosica district of Lima as well as a handicapped man in Piura.

The resolution gives Acuña’s Alliance for Progress party one working day to submit documentation in defense of their candidate. Then the JEE will then issue a ruling within three days.

“Political organizations are prohibited during the elections process from making the delivery, promise or offer of money, gifts, donations or other rewards of an economic nature, directly or through third parties, except those which constitute political advertising, in which case should not exceed [$6] for each item distributed as political advertising,” reads the Political Parties Law.

The law states that violations of the statute are punished by removal of candidates from the ballot as well as a $119,000 fine.

“No candidate can be excluded by the National Elections Board for providing this kind of humanitarian aid because that law does not apply to this election,” Acuña told Andina in reference to the law’s passing in January of this year while the official election cycle began in October.

The removal proceeding comes after a slew of controversies and scandals surrounding Acuña which have not let up.

On Monday El Comercio reported a new revelation in the piracy scandal surrounding the founder and owner of Cesar Vallejo University. In justifying his commercial publication of a textbook under his own name instead of the University of Lima professor who wrote the book, Acuña used a forged document to illustrate his being a “coauthor” of the text.

Eladio Angulo, dean of Cesar Vallejo University in 1999 when the textbook was originally published under the original author’s name, denied that he signed the dean’s resolution Acuña presented as evidence. Angulo told El Comercio the signature presented as his does not even resemble his signature.

Today El Comercio consulted with several lawyers who said that Acuña could be charged with a crime under public trust doctrines.

Acuña rose to a statistical tie for second place with Pedro Pablo Kuczynski in voter surveys last December, but a wave of scandals have eroded over half of his support to just 6%. He has fallen to fourth place and faces a possible disqualification from the ballot for vote buying or submitting false documentation to the elections board.