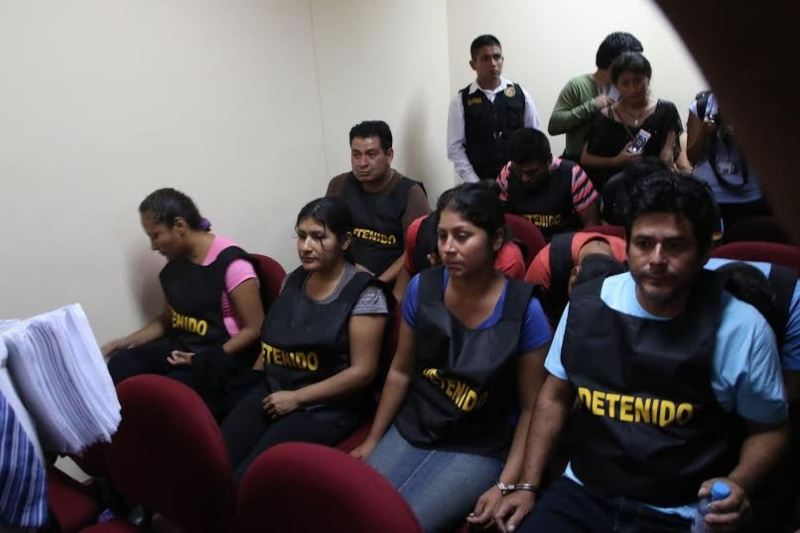 Police in Peru’s Ancash state are investigating 16 people including five municipal employees for the murder of Samanco mayor Francisco Ariza.

After initially believing that Ariza was murdered by land-trafficking gangs, police in Ancash’s Santa province have arrested all but one Samanco municipal employee in what they say was a conspiracy to murder the mayor of this town with a population of less than 5,000.

Investigators believe that former Samanco mayor Jaime Casana, who Ariza succeeded after being removed for corruption allegations, organized the assassination with lawyer Carlos Bazan and five of Samanco’s six municipal employees. Police made a break in the case after arresting three men who confessed to killing Ariza and his lawyer, Henry Aldea.

“From the statements of those we arrested who were involved in the double homicide, and the evidence found in the case, everything indicates that the motive was political,” Chimbote police chief Juan Meyer told El Comercio. “For profits and to assume control of public works in Samanco.”

Police are currently looking for Casana and Bazan, who disappeared before charges were filed. All five city counselors as well as the nine assassins who carried out the assault have been arrested and sentenced to 18 months of preventive jailing.

Among the five jailed municipal employees is Fanny Mallqui, who assumed the mayoralty after Ariza was murdered. In a raid on Casana’s home, police found a shotgun, a pistol and municipal documents from Samanco’s current administration.

The annual budget of Samanco is $1.5 million, most of which comes from mining royalties.

On Oct. 21, gunmen assaulted Ariza and Aldea in Aldea’s car as they were driving through the Nepeña district in Santa province. The assailants fired over 30 bullets into the car before setting it on fire.