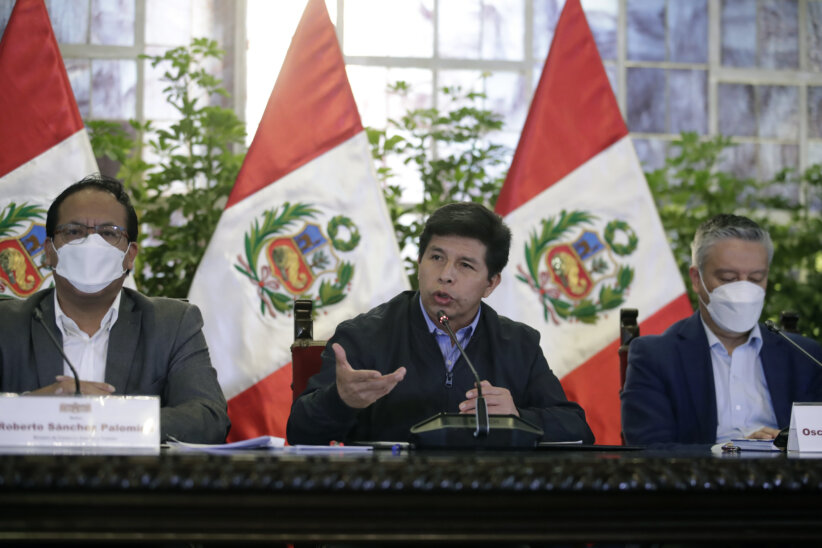 The Peruvian Congress’ Constitutional Commission rejected the bill presented by President Pedro Castillo to ask citizens if they want a Constituent Assembly to draft a new Constitution.

The Government’s Bill-1840 was rejected on May 6 with 11 votes in favor and six against.

The congressmen of the political parties Fuerza Popular, Renovación Popular, Avanza País, Alianza para el Progreso and Acción Popular opposed the bill being debated in the future in a plenary session of Congress. For its part, the ruling party of Perú Libre defended the proposal.

Patricia Juárez, president of the Congressional Constitution Committee, said on May 7 that the vote was a “triumph for democracy.”

“Bill-1840, which proposed an illegal Constituent Assembly, was filed. Our duty as Congress is to give stability to the country, no more threats to establish a totalitarian government, with absolute powers. Thank you democratic parties,” added Juárez.

On May 6, at the end of the vote in Congress, Mrs. Juárez pointed out that one of the reasons for rejecting the proposal is its “incompatibility with the Constitution.”

According to Juárez, article 206 of the Peruvian Constitution is the only possible path for any type of constitutional reform and that this cannot be altered by Congress.

“We’ll see what the population will do (after the rejection of the bill), we have complied with something they asked for,” said the president of the Council of Ministers, Aníbal Torres, on May 6.

For his part, the Minister of Justice and Human Rights, Félix Chero Medina, said on Twitter that rejecting the bill “shows that Congress legislates against citizens.”

“I hope that there are new initiatives from congressmen and society that promote a new Political Constitution through a broad and responsible debate that listens to all the voices of the country,” he said.

The Constitutional Commission began to analyze this issue on May 3.

About the proposed new Constitution

A new Constitution would replace the current one, implemented in 1993 by former President Alberto Fujimori.

By presenting the bill, Mr. Castillo fulfilled one of the promises he made during his electoral campaign and after starting his term.

Despite being his main proposal, on several occasions the government denied that it wanted to promote a new Constitution, due to criticism from the opposition. One of the main criticisms was the possibility that Mr. Castillo could remain in power.

According to the latest Ipsos national survey, the installation of a Constituent Assembly is the last priority for Peruvians, reaching only 7% on the list of priorities.