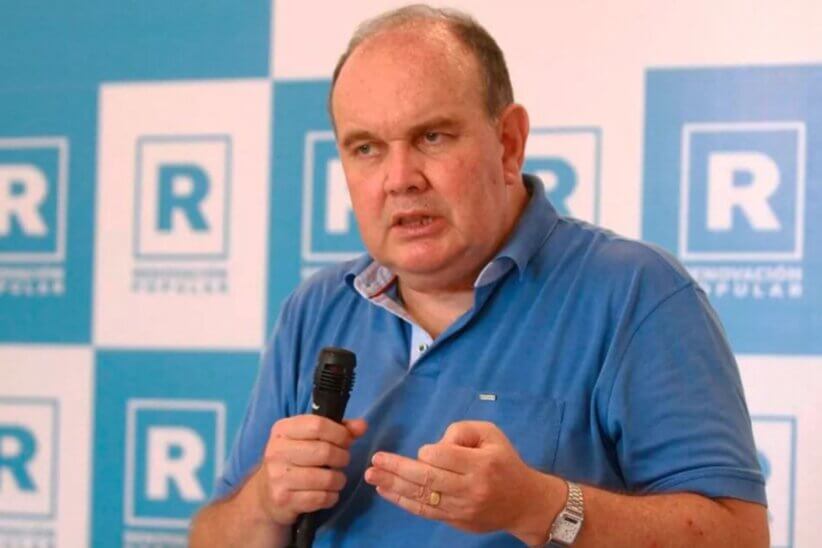 Right-wing businessman Rafael López Aliaga was elected mayor of Lima, Peru’s capital, on October 2. In one of his first addresses after winning the elections, he took aim at Peru’s leftist president, calling on him to resign.

Mr. López Aliaga will take over for current mayor Miguel Romero Sotelo when his term ends December 31, 2022. According to the National Office of Electoral Processes (ONPE), Mr. López Aliaga obtained 26.287% of the votes, while his political rival, retired military officer Daniel Urresti, reached 25.379%.

In his first statements to the Peruvian press, Mr. Lopez Aliaga said that he will call his rival Mr. Urresti to work together for Lima.

“I want to meet him. He might have good ideas. Nobody owns the truth and each person is a specialist in something. My specialty is knowing how to get money for Lima. I’ve done it before. Without money you do nothing,” he told reporters.

The new mayor also urged Marxist president Pedro Castillo to resign from office, as he is involved in six open investigations for allegedly leading a corruption network. He also said that if Mr. Castillo resigns and new elections are held, he will not participate.

“I ask Mr. Castillo to resign once and for all for the well-being of Peru. He should seek asylum in some country, leave us alone, and let a consensus president take charge. I am not going to run for the presidency,” he said.

Mr. López Aliaga, 61, is the leader of the conservative Renovación Popular (Popular Renewal) party and a staunch opponent of President Castillo. The conservative politician, known in other countries as “the Peruvian Bolsonaro,” ran for president in 2021 and came in third place. He has always been characterized by his confrontational style.

He is an engineer and has a master’s degree in business administration.

Currently, he is director of the Peru Belmond Hotels company, which owns important hotels throughout Peru. In addition, since 1999 he has been president of the tourist train company PeruRail SA. He also owns 13 companies specialized in the commercial and transportation field.

Regarding his political experience, this is not the first time he has held a position in Lima’s mayor’s office. In 2007 he was elected alderman for the Unidad Nacional party, led by the late former mayor Luis Castañeda Lossio.

For the 2022 electoral campaign, Mr. Lopez Aliaga promised citizens to attract investment and obtain financing for sanitation works, road infrastructure, among others.

He also promised to promote employment, especially in the lower-income areas of the capital.

The mayor’s office of Lima is the second most important position in Peru, after the presidency. The capital of Lima is considered the political, cultural, financial and commercial center of the country.