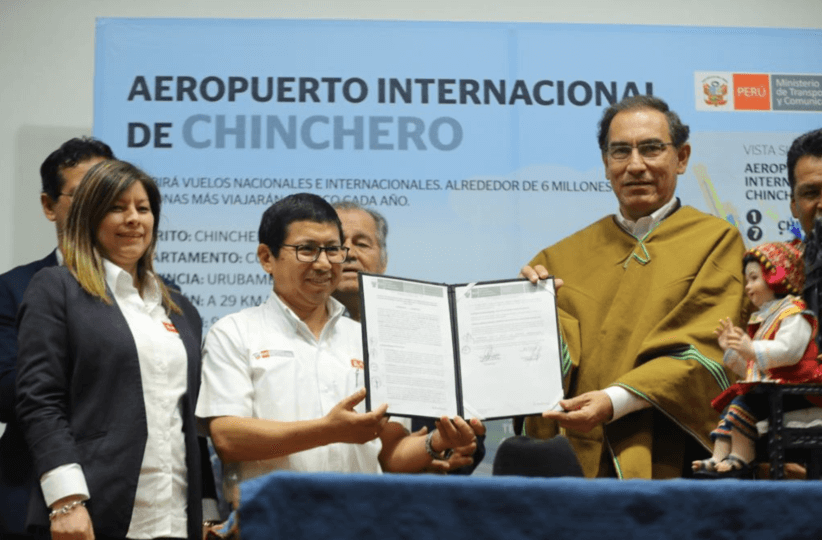 President Martín Vizcarra signed a contract Friday morning to give the green light on eventual construction of Cusco’s very own airport.

The Chinchero Airport should break ground on being built soon and be finished by 2021, the president said.

Vizcarra said that getting the project underway in Cusco has been on his mind since he took office.

“When I took over as president this year, the first duty that I gave to the Minister of Transportation was for this year to begin work on the Chinchero Airport,” Vizcarra said at Friday’s ceremony. “And this year we are starting, leaving all the old process behind.”

That “old process” Vizcarra is referring to has led to two decades of delays. In February of next year, investors from countries like Canada, France, and the United States will give proposals to be involved in the construction process going forward.

Vizcarra also mentioned the importance of the nationwide, anticorruption referendum vote on Sunday as assuring more infrastructure projects like this one going forward.

“We are promising Cusco the construction of a great work that the region and all of Peru deserve,” Vizcarra said. “And this Sunday, with the referendum, we will be building more solid institutions. Feel sure that we are not going to defraud you.”

Ancient cemetery from the Mochica culture discovered in Chiclayo