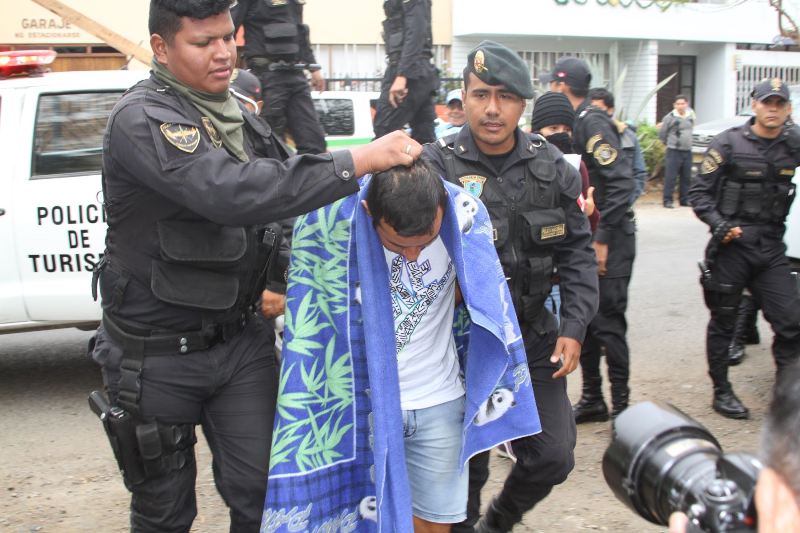 Police have arrested over a dozen corrupt officers who worked with drug trafficking and extortion gangs in Tacna and Trujillo.

The raids in Tacna come one week after similar raids in Peru’s northern city of Trujillo arrested four police officers who formed part of the “Los Malditos de Chicago” gang. The Trujillo officers are accused of providing information and protecting the gang accused of drug trafficking, extortion and murder-for-hire.

“In a clear sign of the struggle against corruption or acts outside the law,” La Libertad police chief Cesar Gentille told Andina, “this police operation has resulted in the capture of three police officers who will be investigated for their alleged involvement with this criminal organization.”

The arrest of corrupt officers in Tacna and Trujillo follow similar arrests in Piura and Lima. Two weeks ago eight Piura police officers were arrested in the dismantling of a gang dedicated to extortion and murder.

That same week four police officers were arrested in Lima for the kidnapping and extortion of a Pucallpa businessman.